Ok, I ordered the sound deadener. 18 square feet of both products. I have a two door car and I am just doing the doors and with any left over... if there is any, I will put some pieces on the inside of the door panels. I went large on my measuring and got roughly 2 feet high and 3 feet long on my doors. So 6 square feet on each door and I ordered 18 square feet of both products. If I plan this smartly I can butyl the door skin and add some closed cell stuff on top of it and I should be able to cover any openings in the door as well. At least they will be deadened now. 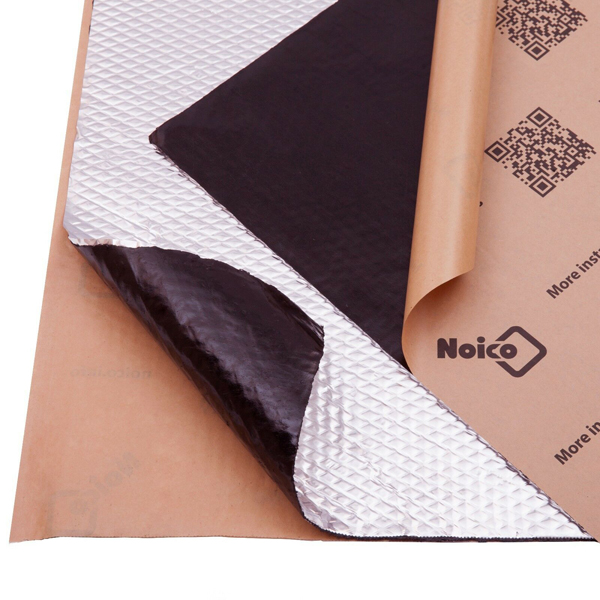 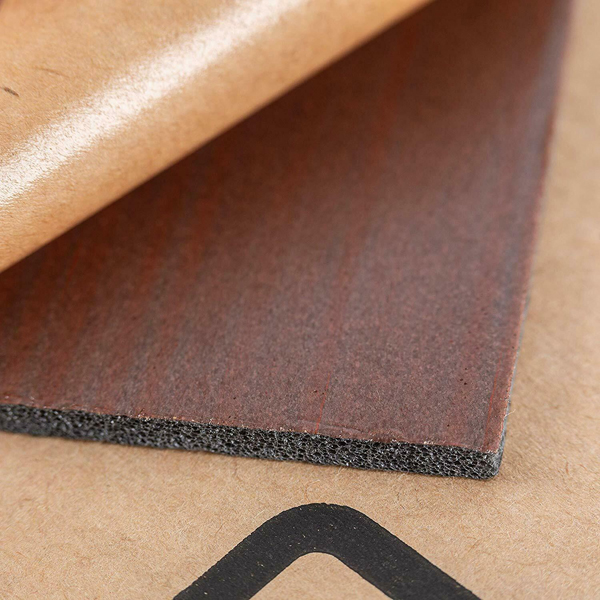 ThxOne said:
Sorry SkizeR. I am going to use Noico 80mil and Noico Red 150mil. I will do a layer of 80mil butyl and foil then directly on top do the Noico Red 150mil closed cell polyethylene foam. If I didn't like food and electricity, I would buy the ResoNix but it just isn't in the budget.
Click to expand...

Its okay, and i get that the product is not for everyone, but theres one thing you're misunderstanding.. for the same amount spent, you can get equal performance with less product installed with a better CLD.
OP

Will be starting soon... 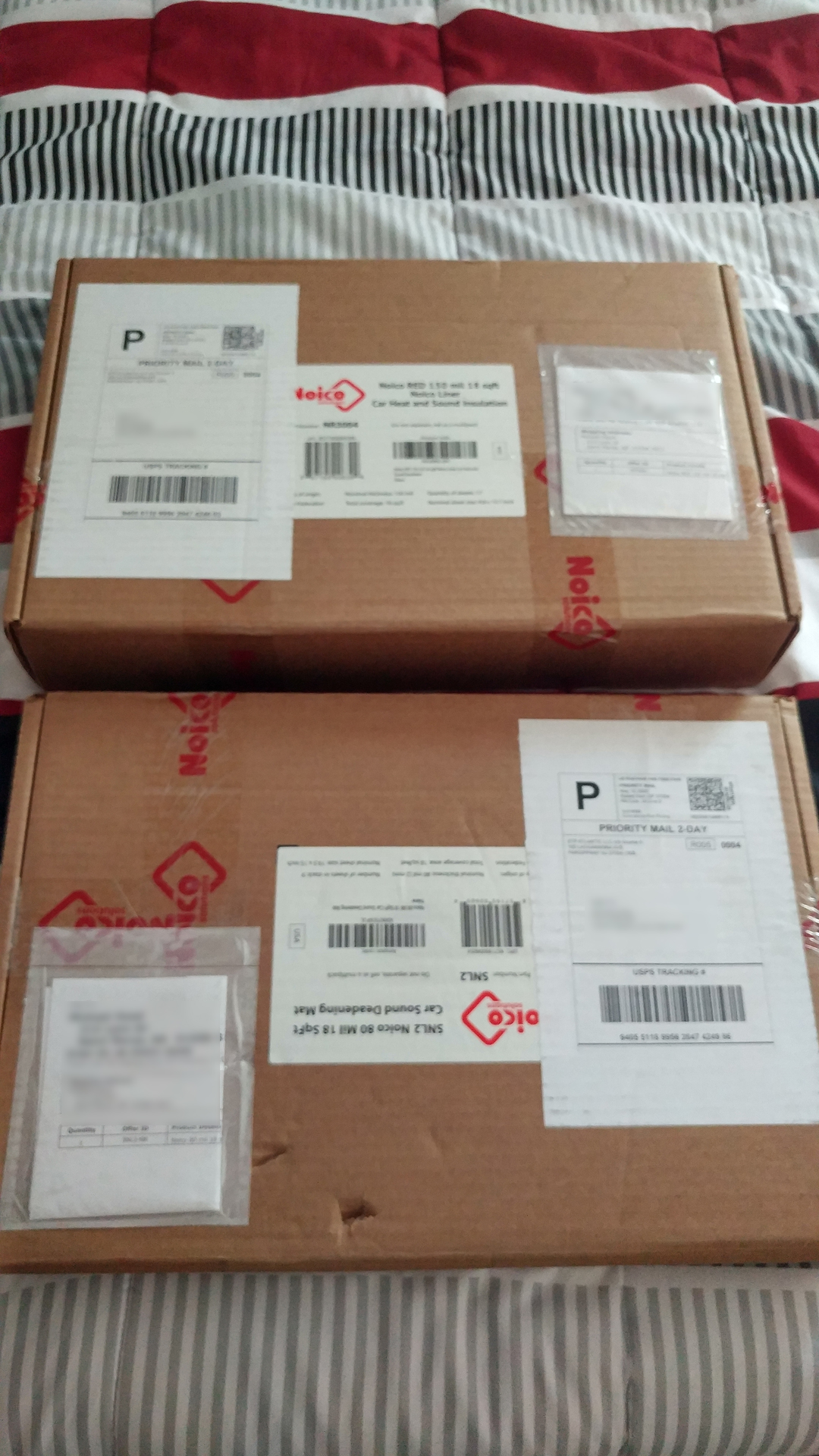 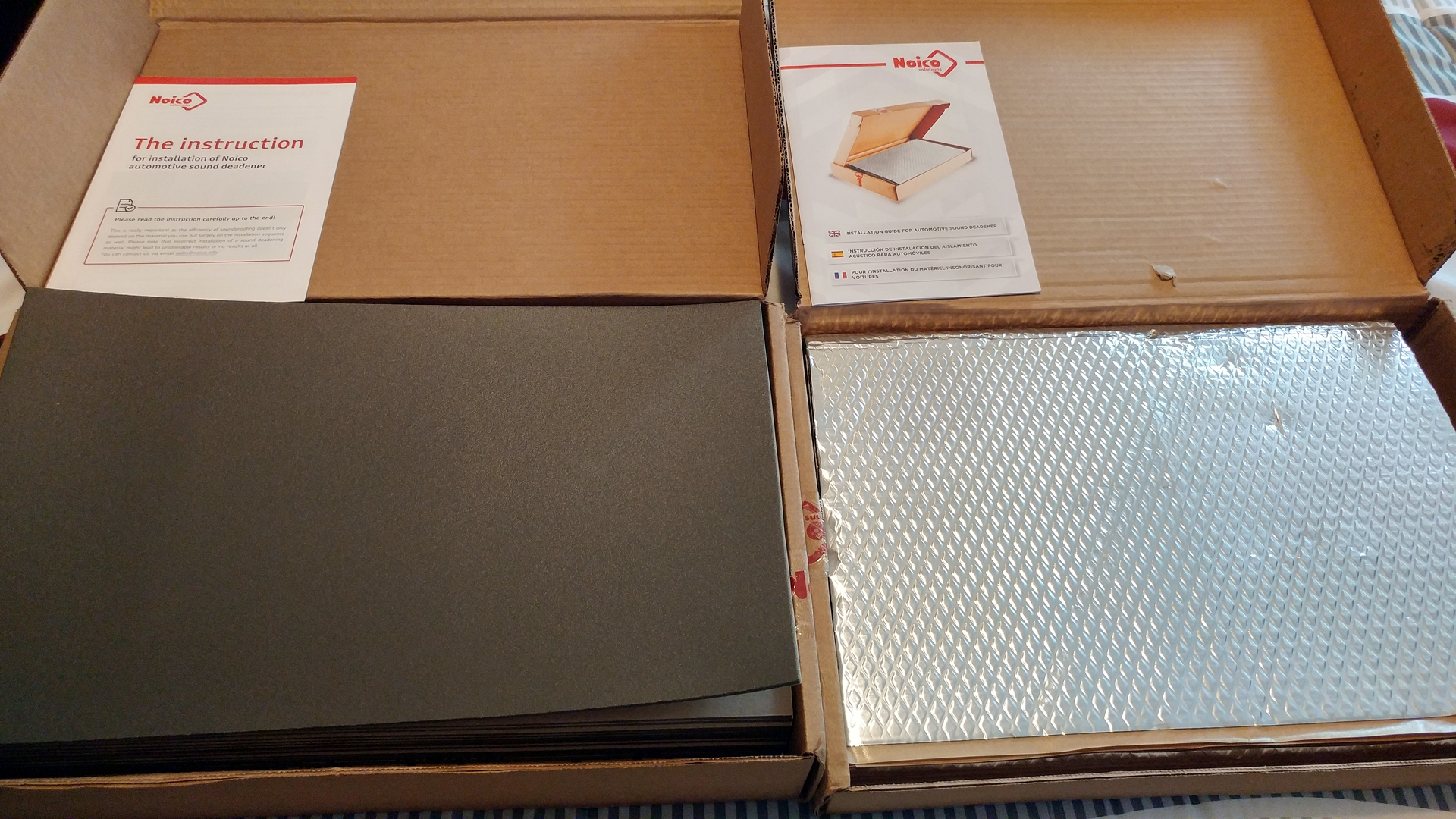 Ok, I did some work... damn yellow flies had me rushing.

Inside door on outer skin. Butyl + CCF + CCF over door brace bar.
Inside door on door surface. Butyl + CCF. I forgot to take the final pic of two full pieces of CCF on the door. The second is covering the Butyl nearest the speakers left side. It is applied vertically. Both doors done. 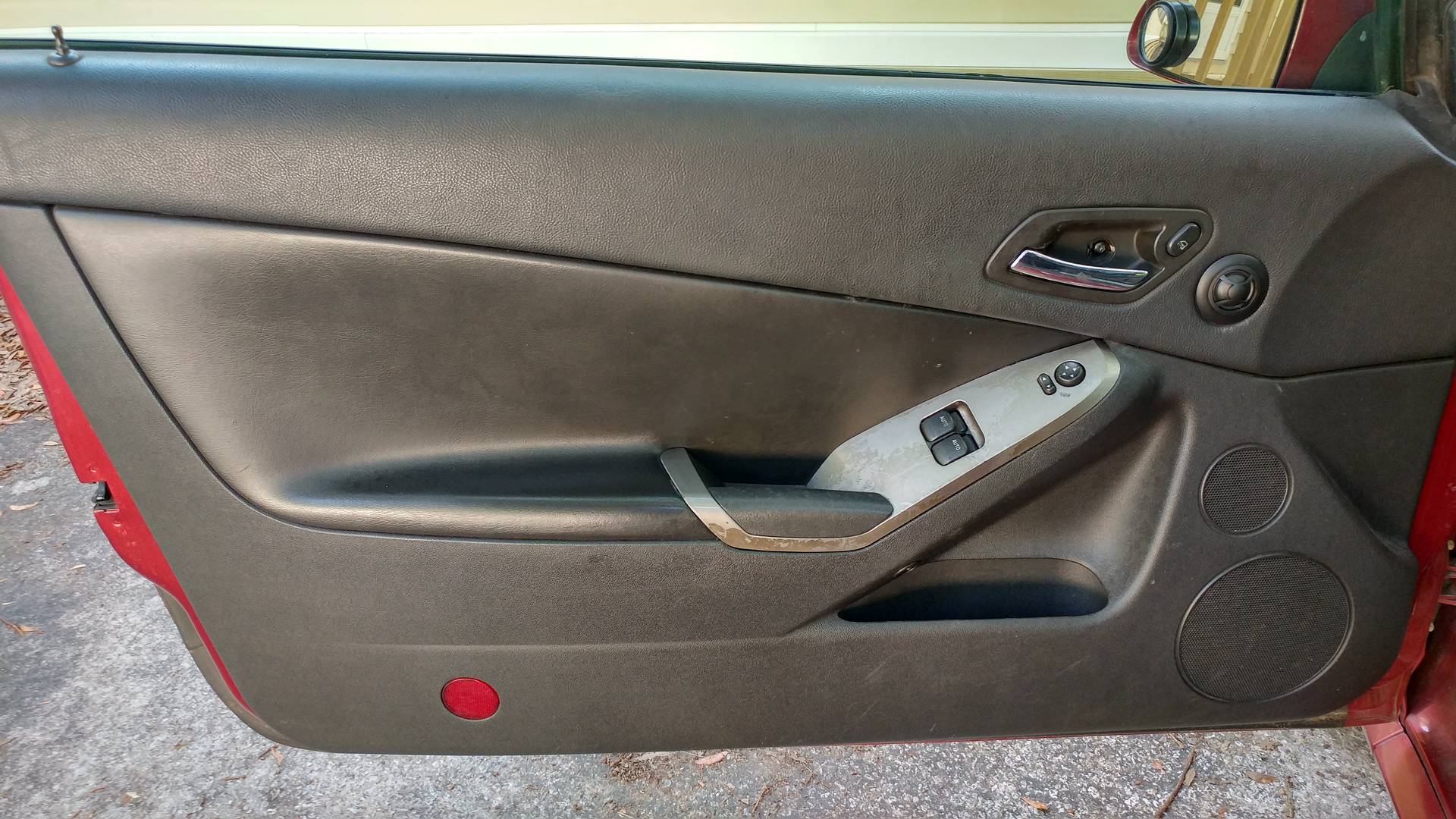 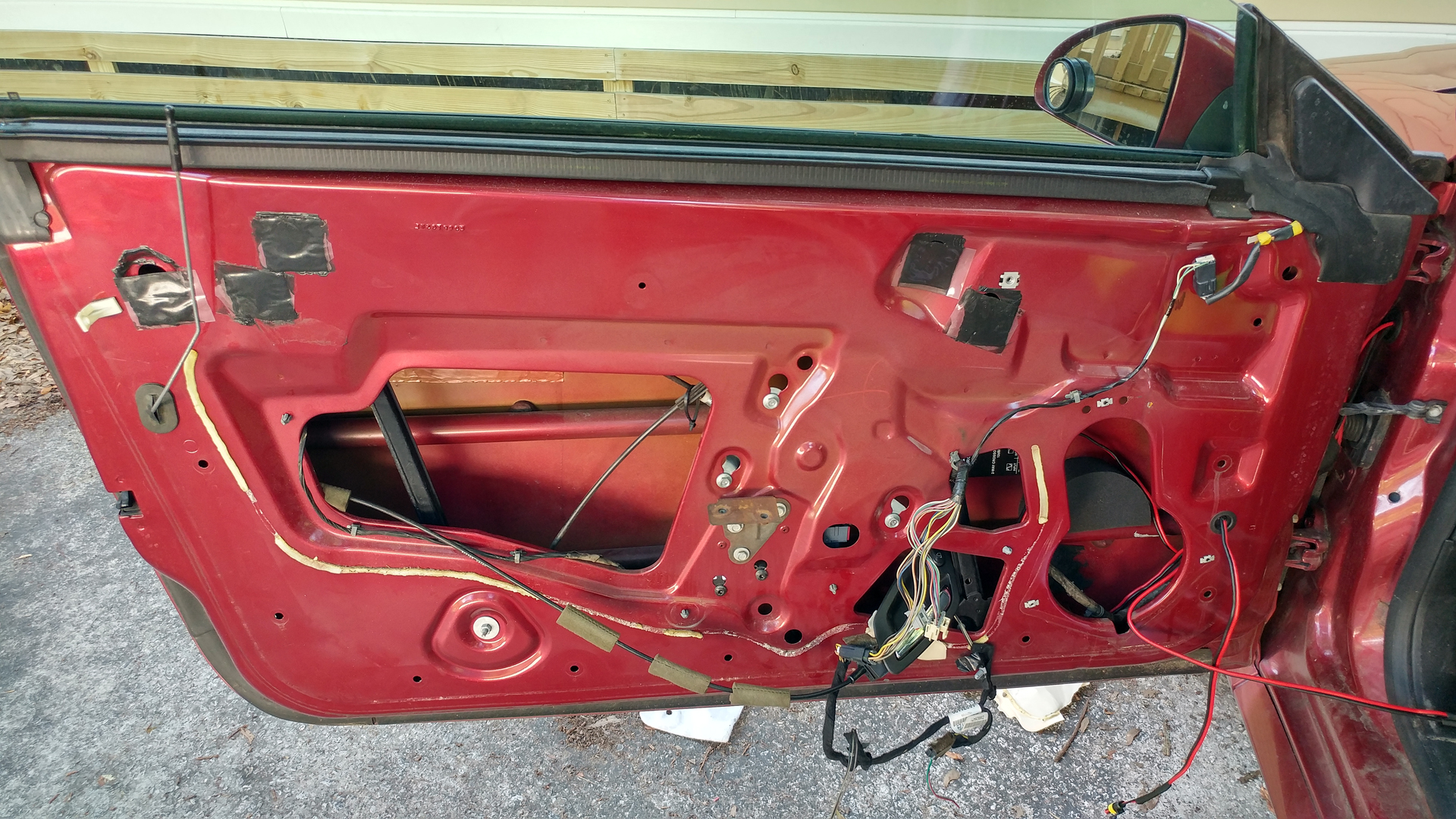 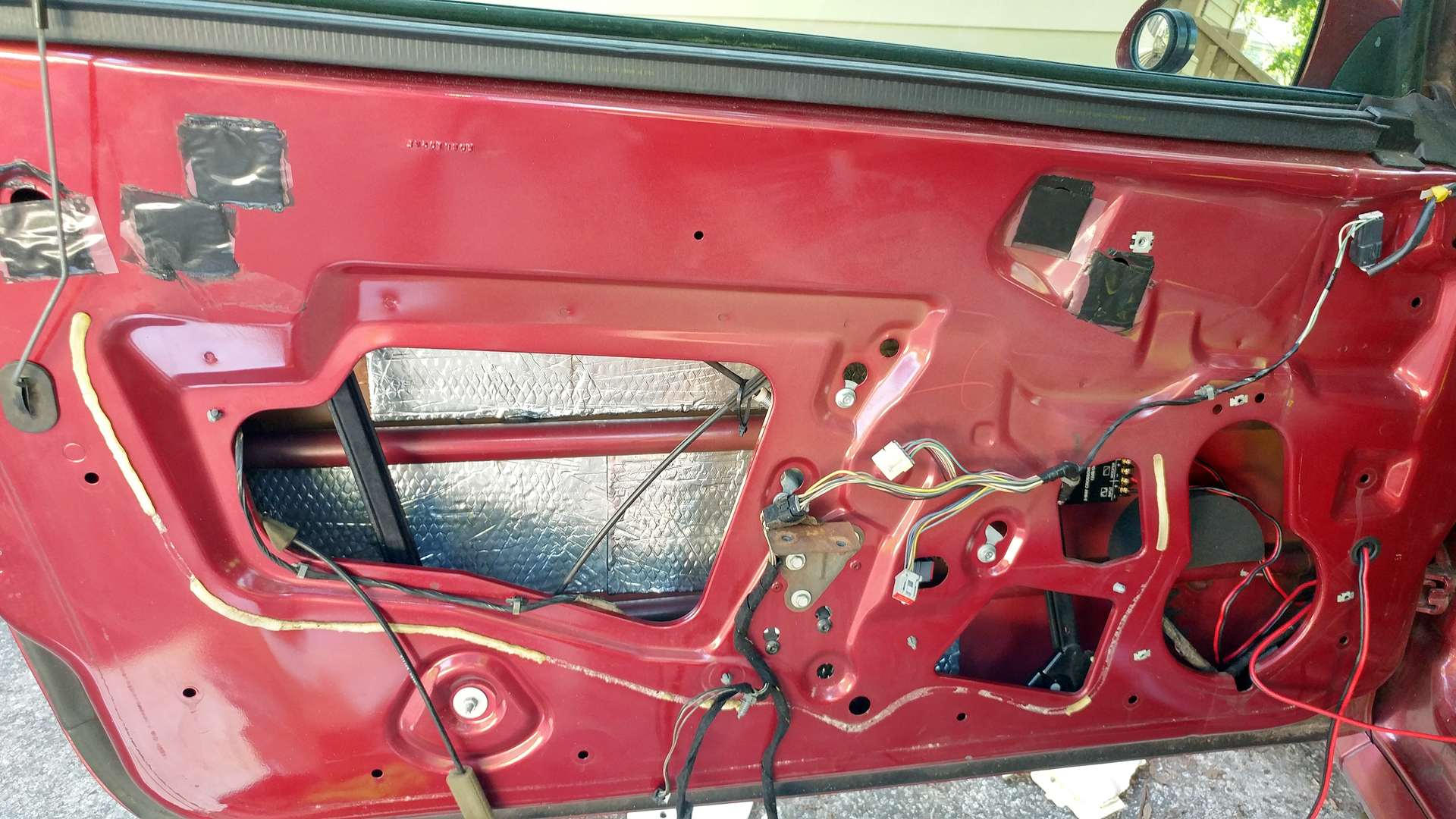 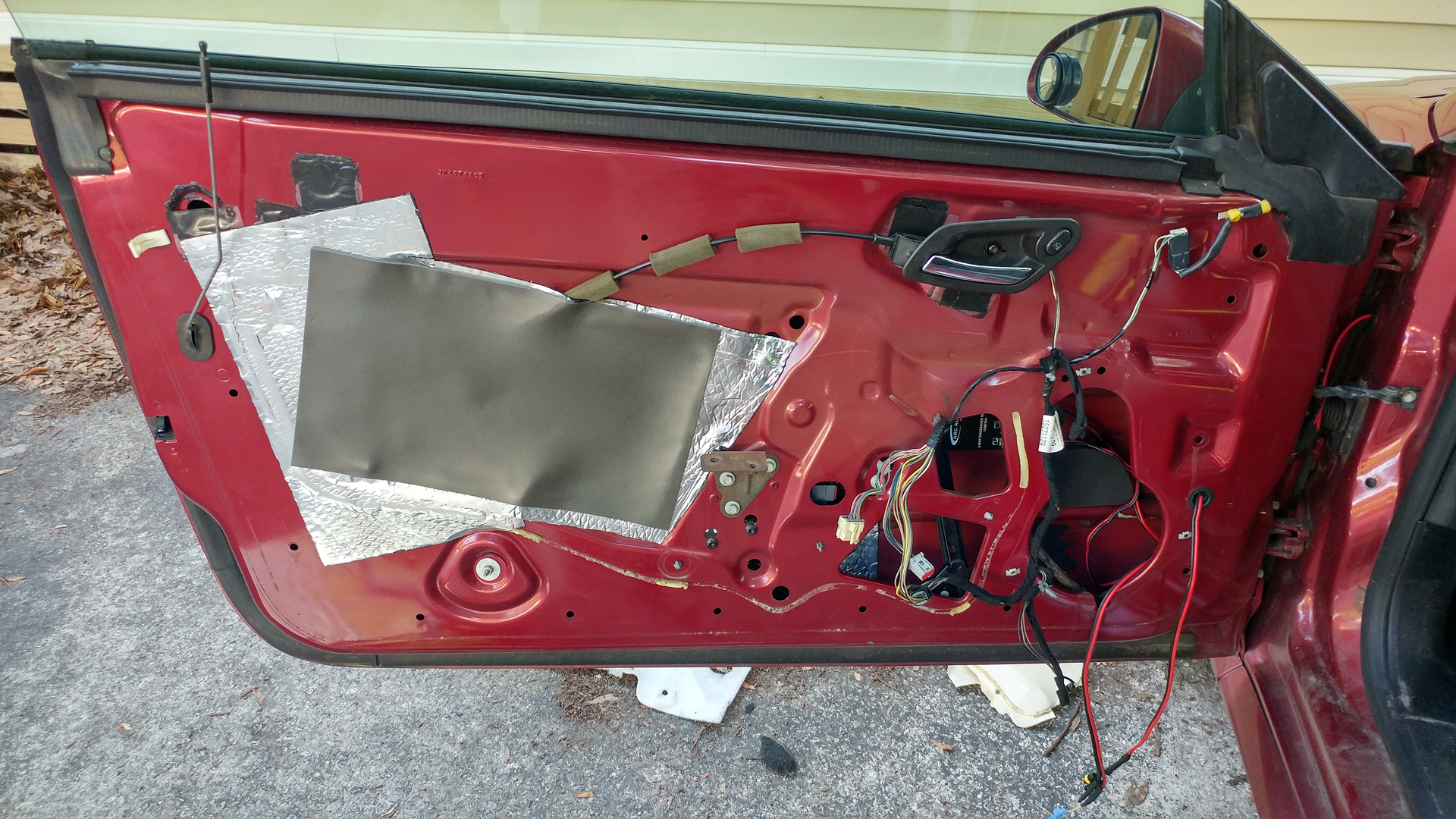 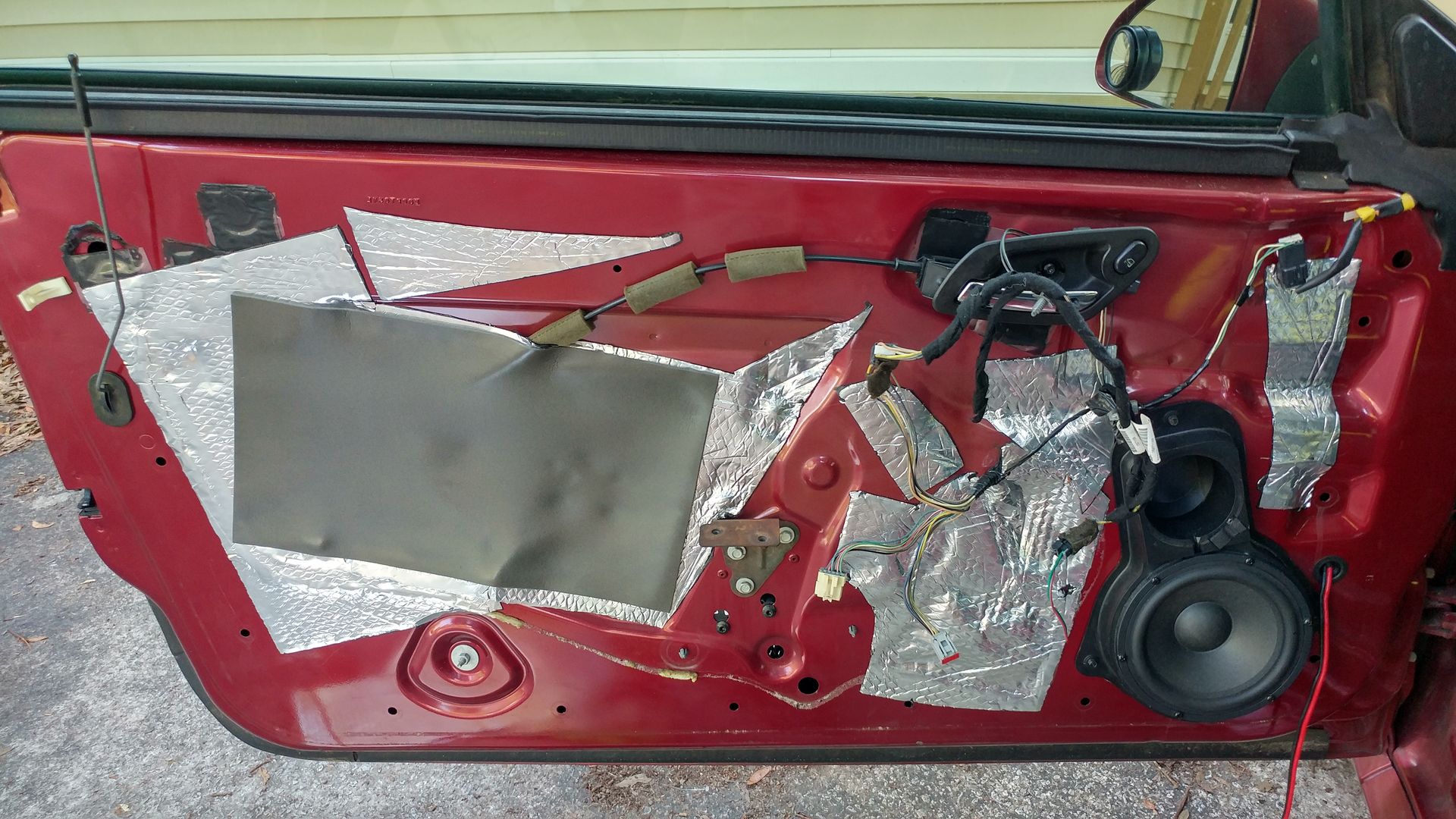 Just did some equalizing and crossover adjustments. I listened to some music with the subwoofer off. I am impressed... the sound deadening actually did "something." I listened to some Radiohead, Stevie Nicks, Pink Floyd, Michael Jackson, Slayer (Spill The Blood - South of Heaven Album), Ozzy, and some other music WITHOUT the sub. I wanted to hear if the doors were doing what they used to do (that hollow echo thing) and they are not, at least not that I can hear anymore. I wanted to hear the bass guitars, snap of the kick drums, lower floor toms, a gong, the lowest octave of a grand piano from C to C, some synthesizer, and some other stuff to see if the Silverflutes sounded any different. They did, I had to EQ some mids downward from 300-600hz and boosted some lower stuff from 65-110hz. I also brought the tweeters down a hair to blend them better with the mids.

Man, when I slowly brought the sub back in to blend with the mids and highs whooo wheeeee I wanted to smack a chick on the ass... but I am single... and there are no chicks here at the moment. #loser.

I have a shit ton left over of both sound deadeners so I am going to do the trunks deck lid on the underside.
OP

My next days off, weather allowing, will be this job...

You put the CCF on the wrong door skin...
OP

SkizeR said:
You put the CCF on the wrong door skin...
Click to expand...

I put it on both... inside the door and the outside. Where else can I put it? I have left overs.

ThxOne said:
I put it on both... inside the door and the outside. Where else can I put it? I have left overs.
Click to expand...

Actually, I am glad you took the time to point this out to me. I do have some rattles that I didn't have before. I don't think it is going to harm anything having the CCF inside the door and that stuff is pretty much a permanent part of the door now so I will not attempt to pull it out. I will however order some more CCF and do the doors 100% or 98%. I swear... the yellow flies were relentless and I have no tolerance for biting flies. So I did rush. I will fix it.
OP

I adjusted all my amplifier gains up slightly by ear. Good results.

What the hell are yellow flies?
OP

Slo_Ride said:
What the hell are yellow flies?
Click to expand...

These little spawns of Satan!! 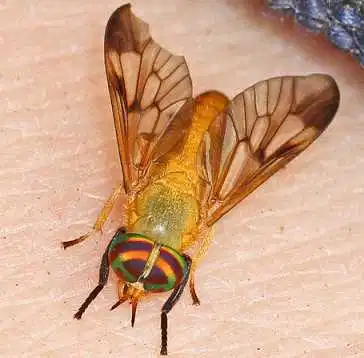 Yeah we don't have shit like that here just massive mosquitoes and then ******* love me. Y'all have those damn sand gnats as well right? I know Savannah does.
OP

Well when I set my gains with a DMM and test tones people said no. When I set them with my Oscope people said no. So I just listened for any audible distortion and said this will work. So far so good.
OP

Slo_Ride said:
Yeah we don't have shit like that here just massive mosquitoes and then ******* love me.
Click to expand...

Oh they are in Atlanta for sure... just find some wooded areas or wet areas. Or wet wooded areas.

ThxOne said:
Oh they are in Atlanta for sure... just find some wooded areas or wet areas. Or wet wooded areas.
Click to expand...

Never seen one in my life bro. We have regular flies and them green shit eating flies. The mosquitoes probably ate all the yellow flies.

Users Who Are Viewing This Thread (Users: 0, Guests: 9)