20hz-20khz on a budget. Critics welcomed. 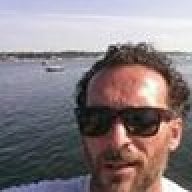 Not everything is pictured, like the Infinity MX20 I installed in the coin tray and the ashtray, or the JBL GTO19T in an empty button slot and center console, both of which are running on deck power from the Alpine UTE73BT as an add on because the Rockfords were inefficient. Just didnt want the channels to go to waste either.

The Kicker Comp65VT sub pictured was blown in a couple days on only 100w rms with a subsonic filter. The box was made by LAB for a JL 6w3v3 tuned at 58 hz, so I bought one and a Kicker 140w rms amp and 50hz hp FMod filters.

For speakers I originally cheaped out and learned a couple things, Pioneer TS 6x9s make great bass(on deck power), better than the JL 6w3v3 at 30hz without a filter.

The Rockford Prime 6.5 rated at 45w rms were given 40w rms front from an Alpine amp and didnt sound as good as the Pioneers on 18w rms in the rear, but are now on 40w rms and overpower the Rockfords. All 4 xo at 80hz hp now that I have the 2 subs.

Hindsight, I should have gotten the whole 3 way Infinity components for the front, but I at least expected Rockford to be better than Pioneer. Anyone with 6x9s on the rear deck over a trunk, I highly recommend the Pioneers for cheap bass at 30hz. I would have bought the DX line with 110w rms each instead of the JL 6w3v3 if I had known.

This is my first time on this forum and regret I didnt do more research instead of going crazy on Amazon one day with brands I thought I new. I'm hoping to get some critique from the OCD enthusiasts as I am on other forums that I'm knowledgeable on. My goal was an even frequency response from 20hz-20khz. Now I'm wondering about a surround sound processor lol. 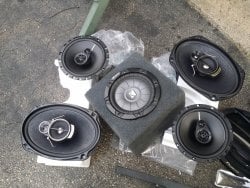 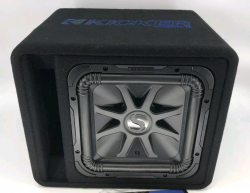 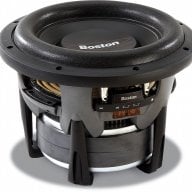 Your emotions will be manipulated for my pleasure 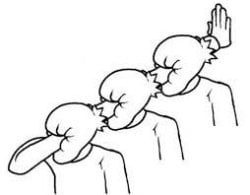