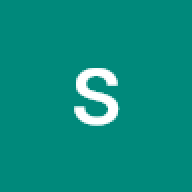 How do I approach the owner of the shop that did my install to voice my displeasure with the work done, as well as what I was charged, without it becoming confrontational? A little background: I knew it was going to be a difficult install, otherwise I would have done it myself (i've done it before, other than going from single din to double din). I wanted a full install, including a double din (requiring a rather expensive dash kit (400)), and a 4 channel amp actively driving component speakers in the front doors and flush mounted tweets in the A pillar. I supplied the HU, dash kit, amp, and speakers. I did extensive sound deadening in the doors and floor.
My major mistake was not getting a written estimate. When I picked it up, a couple days later, I was hit with a $2100 bill!! The owner and installers had gone home, so I didn't argue with the secretary. The shop does a lot of high end work...they carry Morel and Zapco, and does custom work including fiberglass fabrication. I've seen a ferrari, a new corvette, and a 68 camero having a fully fabricated dash installed. So there's no question about their abilities. The bill stated they did 11 hours of work @ $160/hour, along with some necessary parts. Seems like a lot of hours for what was done. The amp required Symbilinks and I only had one. I was told they asked the local Zapco rep to bring one. He didn't. Talking to the installed on the phone. he said he'd "make it work". I still don't know how you run 4 drivers out of 4 channels with only a single Symbilink. The tweets are only a couple of inches from the bottom of A pillars, so that the drivers side tweeter is pointing directly at the side of the instrument cluster from about 6 - 8 inches away. Maybe if they'd tuned the system (which i'd asked for, but not mentioned in the bill), I'd feel better, but the HU's quasi-DSP wasn't touched. No TA, no equalization, and the crossover on the amp was used, instead of the digital one in the HU. And the rear inside door panels weren't reinstalled correctly...they're still loose.
That's why I'm afraid of it becoming confrontational...there's alot to complain about. If I was happy, I'd still think I paid way too much, but I wouldn't say anything. But 2100, with that list of complaints?!!? How do I approach this? 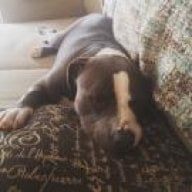 I mean you pay for a service and it's not done to your satisfaction you have the right to at least voice your concern...the company can choose to make it right or be assholes and tell you to get fuk'd. There is always small claims if you want to take it that far.

I had a fence installed a little over a year ago paid ALOT for it and they crew of hombres rushed the job and put in almost 500 linear ft of fence in a day and a half. I've had to have them come out a few times to come make repairs one time a panel literally fell apart. In my situation I had a 1 year warranty on the workmanship of the fence so had they told me to eff off would of been a different situation.

The other day I had an alignment done on my wife's car after we got new tires. Spent a chunk of money on some Michelins. Pulled out of the shops parking lot and the steering wheel was completely sideways when going straight done the road immediately when back to shop told the manager to go drive it...he was kind of being an asshole but after he drove it he changed his tune and said he personally would go realign it. So far so good.

If I pay money for a service I don't care how much and the provider messes up I am always going to calmly but assertively tell them it needs to be fixed
My wife doesn’t know about my car audio addiction...shhhh 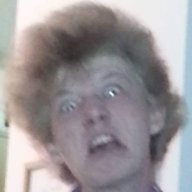 Paid an insane amount of money to certain business to only find a drill hole in one of my speakers. Took photos and confronted the shop owner. He said it looked like it was from me pulling off or putting my own door panel off. Told me to fk myself. Still half a mind to take him to small claims court.

Paid an insane amount of money to certain business to only find a drill hole in one of my speakers. Took photos and confronted the shop owner. He said it looked like it was from me pulling off or putting my own door panel off. Told me to fk myself. Still half a mind to take him to small claims court.
Click to expand...

What kind of yahoos use philips head self tappers on a speaker install? Is that normal? I've never seen or heard of people doing that.

Bobbytwonames said:
What kind of yahoos use philips head self tappers on a speaker install? Is that normal? I've never seen or heard of people doing that.
Click to expand...

Yea?! A shop installed those?
B

Uglypedro said:
Yea?! A shop installed those?
Click to expand...