Major problems with Iraggi Alternator that was damaged during transit.

Let me start off by saying that that I’ve been a customer of Iraggi Alternator for over 5 years now and have purchased two HO alts from him, both with lifetime warranties added. During that time I have had to send them in for repair on three separate occasions due to breakage. I have paid for the shipping to his shop every time, which is usually around $40. So that’s $120 in shipping broken alternators back to him right there on top of the $1000+ I’ve already spent, not including installation charges.

This most recent warranty repair is causing me some major problems now. My alternator stopped charging my batteries completely so I contacted Iraggi about a repair. He said to send it in and he would fix it up. Cool.

He repairs it and ships it back to me providing tracking info on 11/10/15.

When I open the main box I find that the alternator is packed inside another smaller box that’s loosely floating around in some packing peanuts. The smaller box looked pretty rough and wouldn’t you know it, when I pulled the alternator out the housing was cracked, the positive terminal was bent, and when I spun the shaft it made a terrible clicking sound coming from inside the case on every rotation. Clearly damaged during transit due to the inadequate packaging job. 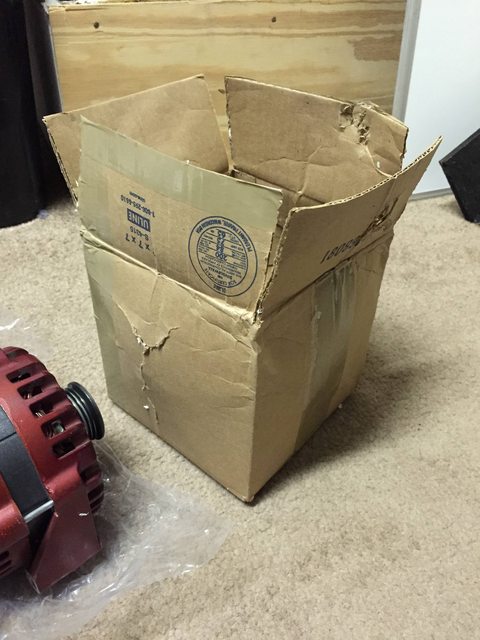 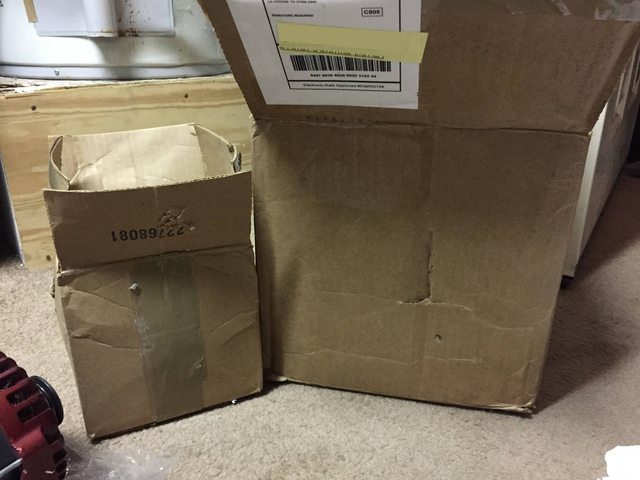 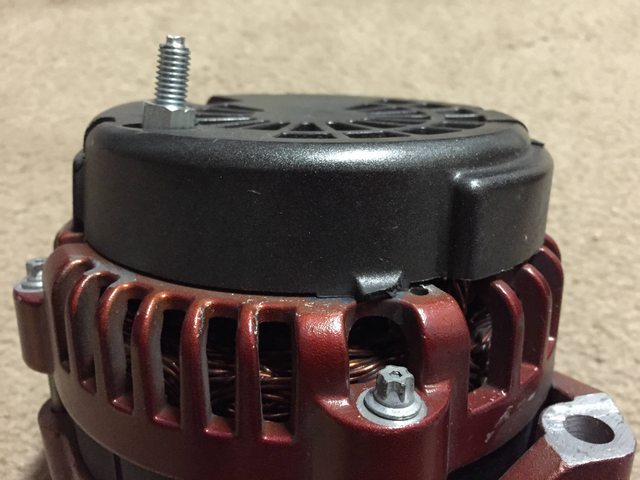 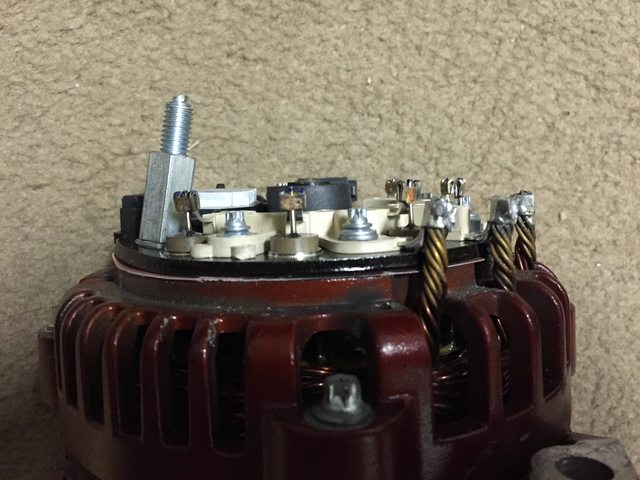 Video of alternator making noises from inside the case: https://vid.me/e/wnFh

I email Iraggi after almost a month of my truck being out of commission and tell him it’s been damaged in transit. He says to send it back and he’ll fix it again. Ok cool.. so I ask him for the return shipping label and he says, “It was packed exactly like USPS states in their documentation. I’m not paying for the shipping.”

I told him that it should be his responsibility since either he or his employee clearly didn’t pack the item properly for how heavy it is. He responded by saying, “For the past 18 years customer pays shipping here and Iraggi pays shipping back to customer. Shipping damage is not a warranty issue. That's an issue with the shipping company.”

So then I figured if he’s going to refuse to pay for return shipping, I’ll just have him file a claim with the shipper so I can get my money back and buy a new alternator from somewhere else. But when I asked him to file a claim for the damaged alt, he says, “The receiver makes the claim. It’s how we have always submitted claims.”

Now I know very well that the shipper can file a claim for a damaged item quite easily. I do it all the time since I ship lots of products for various businesses every week. And it’s something I’m happy to do because it helps my customers and makes things easy on them. It’s called putting the customer first and providing quality customer service. But Iraggi refuses to take any responsibility for the terrible packaging job, won’t send me a return label, and says it’s my job to file the claim.

Fine, I’ll do it myself then. And then I’ll go buy a new alt from Mechman as a solution to this problem. But wait... I can’t! Turns out Iraggi didn’t even insure the package for anything more than the standard $50 of coverage that USPS provides. And he stated that it’s value is only 50 bucks. So now I’m stuck with this broken alt that I refuse to spend another cent on shipping it back to Iraggi, and I can’t even file a claim with USPS for the damage during transit since it wasn’t fully insured. 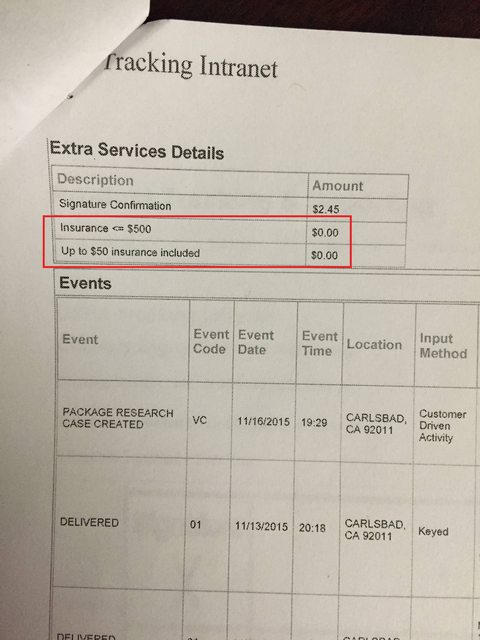 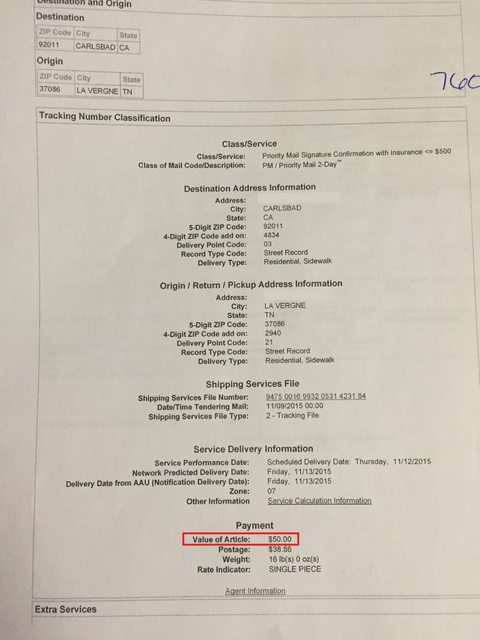 Dominick Iraggi is producing sub-par alternators that break under normal use, packaging them improperly for shipment, skimping on insurance coverage, and then forcing his customers to deal with the problems that he creates with zero assistance from himself.

So what do you guys think? Is it my responsibility to pay for shipping it back to him for repair once again, or would you agree that he should cover that return shipping charge? All I want to do at this point is send it back to him for repair so I can sell it and cover some of the cash I have to shell out for a new alt. I doubt it's worth much though since it's used and made by Iraggi who's rep has completely gone down the drain in the last few years..

TL;DR: Spent over 1k on alternators from Iraggi over past 5 years. Breaks for the third time, I send it in, he repairs it, sends it back and it arrives broken due to his poor packaging. He now refuses to send me a return label and says its my responsibility to mail it back to him again. He didn't even insure it for anything more than the included $50 so I can't claim it as a loss with USPS!

Hehe. I think there was a big fuss over Iraggi alts....might have to do some research over it.

What's most interesting is that yellow RE sub in your avatar!

What bugs me the most is the fact that people don't know how to properly pack items to be shipped. I have been shipped my alt a few times w/o any problems. I think people need more training on how to properly ship items rather than ship it in a box and hope for the best.

If I was you, send that alt back tell him you want a refund and go with another brand such as Excessive Amperage.

doesn't sound like much of a lifetime warranty to me

I don't trust him to get it right anymore. But I do expect him to fix my alternator since it's under this wonderful lifetime warranty of his so that I can sell it and use that money for the new alt I had to order.

Send it back. He's had plenty of chances to make it right....and it would appear he doesn't care and costing you more $$ in shipping than it should.

I am who you think I am

That statement doesn't hold true in the computer world.

Memory and archival media are protected by lifetime warranties only.

Put it back in the box tape it back up. Take it to ups. Tell them you didn't order it and ship it back. In his dime then

Should go with excessive amperage... Nate sent me a return label and handles everything nicely... Never had an alternator fail yet and they come with lifetime warranty.

If you paid via PayPal, file a claim with PayPal.

Sounds like I know who i wont be going with when I'm ready for a HO alt. ***** man but yea if you paid with pay pal file a claim with them or maybe your bank can help

Sent from my Z812 using Tapatalk

I don't think I can file a claim with paypal because I bought it so long ago. Not even sure if I paid with paypal but I'll check right now. Originally purchased on 3/21/13.

Edit: Yeah it looks like he invoiced me through Square on 3/21/13, so no recourse through Paypal

Put it back in the box tape it back up. Take it to ups. Tell them you didn't order it and ship it back. In his dime then
Click to expand...

I don't think I could make this work because I already signed for the package and it was kind of a big deal to get it to my house anyways. I moved and the address forwarding didn't kick it so I had to chase the thing around for like 10 days. They know full well I wanted that package. If I was smart enough to refuse it upon arrival I should've done that on the day I received it. Never thought of that though..

I don't think I could make this work because I already signed for the package and it was kind of a big deal to get it to my house anyways. I moved and the address forwarding didn't kick it so I had to chase the thing around for like 10 days. They know full well I wanted that package. If I was smart enough to refuse it upon arrival I should've done that on the day I received it. Never thought of that though..
Click to expand...

At this point you just have to get it to him though, it's already damaged so toss it in a flat rate box with some padding and call it good.

I went and spoke with the post office and was able to get them to send it back to him. Now let's hope he makes good on his word and fixes it up and returns it in a properly packed box this time!

I do believe that as long as it gets to him he will honor his warranty correct?

You did state he has taken care of you every time..

Yes but he's a bit salty now that I called him on his bull$h!t. I'm sure he'll do the right thing though. Just pisses me off how I have to chase this guy around to even get a response, and how he really makes me WORK to get the use of his wonderful lifetime warranty.

See when I am performing customer service related tasks for my biz, I always ask myself: "Is this how Amazon would do it?" Because they are the epitome of great customer service and I want to take care of my customers just like that. It's very clear now that Dom is in it for himself and doesn't give a **** once he gets your money in his greasy little wallet.