Every time I think I have a decision made on what option to go with I question my decision. So I am here to ask people with better knowledge than myself to give me some direction.


The car they will be going in 2012 mustang
I want to face the subs forward , the back seats will be folded down 90% of the time, I also plan on using them walled off and sealed from the trunk I want to build an amp rack in the back for the multiple amps , dsp ect that will be used.

type of music, Rock music the majority of the time

price for the subs I would like to stay around $450

The options I have looked at

option 1
using two Dayton audio HO 10 inch. they are priced within budget, the amp has enough power to power two subs, Air space will not be an issue using a sealed enclosure. total cost on subs $305 for two of them
I would like to use Three of them but the amp I have will not put out the 1800 watts to use three of them

option 4 what would you go with and why?
using the box measurements
budget of $450
amplifier 1,500 watts

I would do the 8s ported. I’m also building my system with the Dayton HO 10 in a 4th order bandpass. 2 of those sealed would be nice also. Hard decision.

You might want to check these out. I'm pretty sure that you have the room for them. They would hit pretty hard paired with your amp. RMS is 450 watts each. 3-VFL's would be nice to. 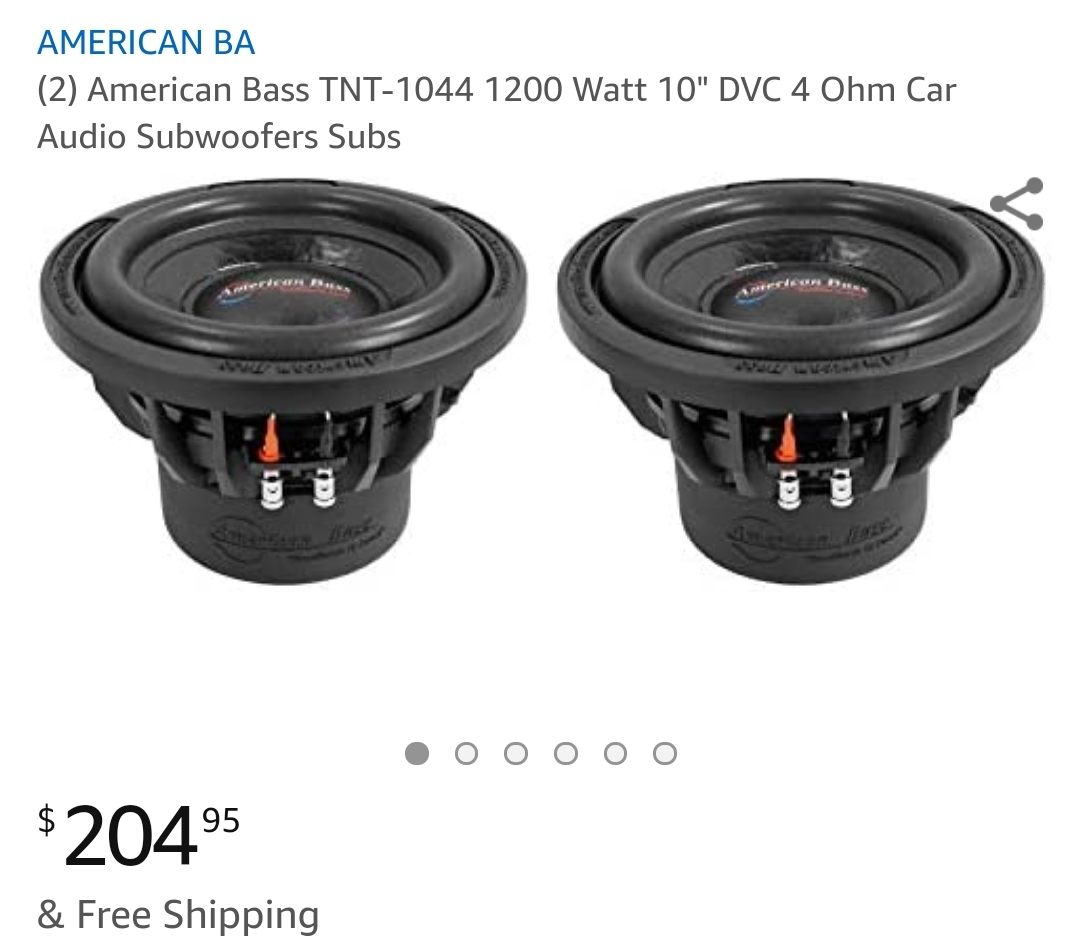 2 10s in a 4th order would work well for the space you have.
Reactions: JTF Vegas