They sell, Alpine, Pioneer, pansonic, JL audio, Dynaudio, and basically will order anything you want.

They do window tint, vents, Truck bed covers, basically if it involves impriving your car, they have, or can get it.

They do a great deal of boats. Their install bay id HUGE.. in fact they recently had a huge motor home RV in there, and still had room for 3 other cars. And, that's just one bay. They use the other bay for Fabricatiing.

Henry is the gen. manager, and is a great guy. Right now, they only have two installers, Kevin and Steve. Both are good. They just hired antoher guy.

Their only con is, Henry, as nice as he is, doesn't know much about how long installs take., so he tends to overload his install guys. SO if you go there, expect a bit longer time then what Henry tells you. But, they Loom every wire, do everything nice and neat. Can do custom stuff, fiberglass and such.

They just don't have much experience in SQ installs. I think they've done a few SPL installs, but I was their first SQ install. SO far so good.

I highly recommend them. 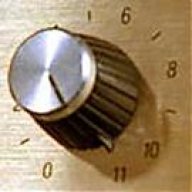 what did they charge for the install?

Mostly cause the invoice went a little like this...

But, I seem to remmeber it was fair. But, it's been awhile since I've had a ICE system. SO I can't be intirely sure...