I went to price a remote start today for my 2011 Toyota Sienna. The model he showed me was a one way at $299 but once he added all the extra bypass/modules he estimated around $420 installed. The only thing written on the remote starter box was DIRECTED which I know makes several brands. For my van I asked for the remote to be able to open my side doors and trunk. Also unlike the factory remote I want to be able to do those things while the van is running. He wasn't sure what all was needed to do that but he said I would need a bypass for a chip in my key?

I don't trust Best Buy but they quoted me $500 for a Viper SmartStart with alarm to use with my phone.

DEI makes fine alarm/remote starters. Really they're only a handful of relays with a remote control what makes one "good" over another is only the install.

And yes, it looks like Sienna has a transponder key (prevents the car from starting if the RFID chip in the key isn't near a sensor in the ignition. Various cars have been doing this for almost 20 years now. You do need to have another key programmed and tucked away somewhere near the ignition for a remote start to function.

As far as popping locks/doors it may or may not be do-able. Often you just buy something that taps into some ECM wires to integrate door lock/unlock off an alarm, but I suspect a GOOD installer could figure out how to ping any electric function you want provided the alarm/remote start had enough channels for each function you want.

That all said, remote starts/alarms are a colossal PITA, paying a couple hundred bucks for an install is money well spent unless you really love that sort of install or are super cheap and have the time and patience.

Thank you. Hopefully I can find an installer that knows how to make the doors open while running. The reason that I'm concerned on that issue is I'm a wheelchair user and I get in through the side door. 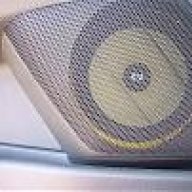 Take a look at Fortin products if you only need a remote start with no alarm.

My kit was around $150 for everything. No need for a bybass in most cases.

I emailed Fortin and Viper to see about the sliding doors.

I emailed Fortin and Viper to see about the sliding doors.
Click to expand...

You can call Fortin and speak to an actual person.

I had a wire issue and the guy on the phone knew exactly what my issues was with just minimal information.

Just know that they are in Canada so you might get some international fees for calling from your cell phone.