Recently I purchased a pair of Rockford Fosgate R1675X2 speakers for the front speakers of my 2012 Honda Civic EX. I bought through crutchfield, so it came with AI HSB524 adapter and Metra 72-7800 Speaker Harness. I installed them following their directions along with a youtube video. I used the harness instead of splicing the stock wires. After putting the new speakers in, they worked for a little bit then randomly shut off while driving. After taking the door panel out and unscrewing the speakers a bit from the adapter, they seem to work and it plays audio. But when I screw them in all the way, it makes a popping noise once and then shuts off. I contacted Crutchfield and they sent me a replacement set of speakers and suggested it could have shorted. After taking the original aftermarket ones out of the adapter, I noticed they worked again, but once I screwed them into the adapter fully in, they stopped playing again. I have taken the aftermarket ones out and put back in the stock ones and they are working completely fine. I don’t know what I am doing wrong or is wrong. I have both a new set of speakers and speaker harnesses that Crutchfield sent out as replacements, but am hesitant to try them out if they same thing is gonna happen to them also. Any help is appreciated, thanks. 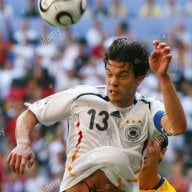 They are shorting out on something on the door.
Trying wrapping a bunch of electrical tape around the whole connection
More is better
2