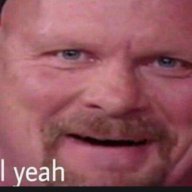 went with a Kicker 15”L7 Q class in custom ported box and smoked 2 of them within 6 months… cool thing is all warranty work loooool.

mph and they are 700RMS each but Rockford UNDERRATES everything
So I know the could take a lil more….

eventually will do at least big 3 1/0 gauge OFC under hood.

Plus if I startblowing shit it’s warranted at least a year or 2… the kicker was 3 years and didn’t last 3 months lol. China…


I’ve had 3 of the older ones and they preformed well for me but like to die about a month or 2 past warranty lol.

basically I want around 1400-1700 QUALITY RMS @ 1 OHM that’s warranty a year or more or will last at least a year or 2 BANGING that won’t make me go nuts with a $500 alternator and will work on a mostly stock electrical…except for 1/0 gauge under hood and oddeseyy AGM battery. Also around $200-$600 range

Thanks I’ll look into it man 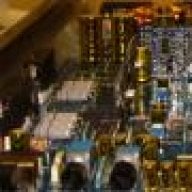 for sure getting the1/0 gauge under the hood.

By larger supply what do you mean exactly?

Dirtydodge02 said:
for sure getting the1/0 gauge under the hood.

By larger supply what do you mean exactly?

after I upgrade to 1/0 gauge under the hood it should fine right ?
This is my battery