Unfortunately I don't have the knowledge nor the tools to build my own box so I splashed out on the overpriced JL Audio HO112-W6V3 about 6 months ago, and it's been by far the best quality prefab subwoofer I've managed to get my car to output with its stock alternator (~90amps). Although the prefab box is supposedly tuned to 33hz, it doesn't hit quite as hard on the lower frequencies (under 40hz) and starts to lose SPL quick (to be expected though, as the F3 for the 12W6V3-D4 is 31hz).

Recently I picked up a dirt cheap 15W0V3-4 with a custom box that the seller built himself to JL Audio specs - for the most part. The only difference is that they used 2 ports instead of 1 (JL Audio specs recommend a 16.85" length and 4" diameter port, however the seller made 2 ~8.5" length, 2" diameter ports instead). Would having two ports instead of one affect the spec'd tuning of 25hz and the F3 of 30hz that I am expecting out of this build? Would I get a better result if I plugged/filled one port and replaced the other port with a 16.85" length/4" diameter port?

Lastly, can anyone recommend a sub and/or build for a hatchback that can just about fit a 27" wide, 14" high and 12" deepness 15" box, that hits hard (stays loud) at 28hz? The loudness at ~40hz or higher is perfect - couldn't ask for anything more. But lower than that it really starts to lose SPL. Budget and box size are unimportant at this stage just looking for recommendations despite these factors.

Thank you so much for reading my detailed post and I look forward to any replies and discussions!

EDIT: If anyone has heard the BK Monolith home subwoofer, which is supposedly tuned to 20hz, this subwoofer can hit 28hz without losing loudness no problems. So I'm trying to replicate this in my car if possible.
Last edited: May 27, 2021

You will definitely need a custom built box to accomplish what you want to. It doesn't look like you have enough room for a 15" sub. You might be able to buy a a bad azz 12" in a custom ported box to get what you want. I would probably stick to around 32-33 hz. tuning though. You will most likely need some electrical upgrades and sound deadening as well. You will also need some serious watts to throw at that 12". I would look at Deaf Bonce, Sundown, Fi, and DD if you really want a serious 12" woofer.
Reactions: GreasyButtholeCreampies

I would normally say Fi for subs but the 8 week plus turn around time on getting your hands on one is a big problem for me at least
DD is great but hard to get and expensive
Sundown is good but the higher end stuff gets a little expensive
The SSA Icon might do what you want (12")
It's rated at 1250 watts but you throw more at it
1.75- 2.1cubes ported @29-33 hz
It's probably a third of the price of the JL's
Bobby is right though,
I don't think you have room for a 15 back there
How much power do you have to work with or is that up in the air as well
The Audio Apex CAB-22 are shipping now for $249.00 ([email protected])
Reactions: SlugButter

This is only 2.5 cubic feet gross. You'll lose close to a cubic foot just for sub and wood displacement. You will need a very long port to tune such a small volume so low. 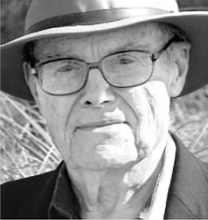 tl:dr You are going to need to spend a lot of money to get any big low frequency output in your application. That said, it's really hard for us to say what exactly will be enough to make you happy. Perhaps you could get by with just something like Adire Brahma in 2 cube sealed with a big enough amp. That home theater sub you linked is 50% larger than the volume you plan to use in your car. Hoffman tells us you will need to compromise on efficiency which means more power and a very robust woofer that can handle that and will also function well in the space you have.

If you stick with the W6 I'd allow some adjustments on sizing the enclosure, as stated above that's pretty small. In a 27w x 14h footprint you'd be a LOT better off allowing for 16-17" depth if possible. A decent enclosure for the vehicle should make an immediate and large difference.

Tuned low 30's a W6 in 2ft3 net or so should get to 28hz easy and probably under that in a vehicle. As far as volume goes just get an amp that will power that sub right. It probably wont need much in the way of electrical upgrades either. Remember it IS a low power setup, smaller cone/wise etc so keep your expectations in check.
Last edited: May 28, 2021

Thanks so much for your replies everyone!

I am curious though as to whether or not I should be focusing more on experimenting with the 15" W0 or the 12" W6 to get as close of a result that I am wanting. Of course I'm not expecting the best, but I do want to make sure I can get the best with what I've currently got (stock electricals, stock alternator (~90amps), the prefab W6 12" box and the custom W0 15" box).

On the 15" W0, would changing the 2 smaller ports into 1 bigger port make a difference?

Terrum said:
Thanks so much for your replies everyone!
.On the 15" W0, would changing the 2 smaller ports into 1 bigger port make a difference?
Click to expand...

Instead of trying to fix a sub-optimum box, why not grab a legit design and either get it built or build it yourself? 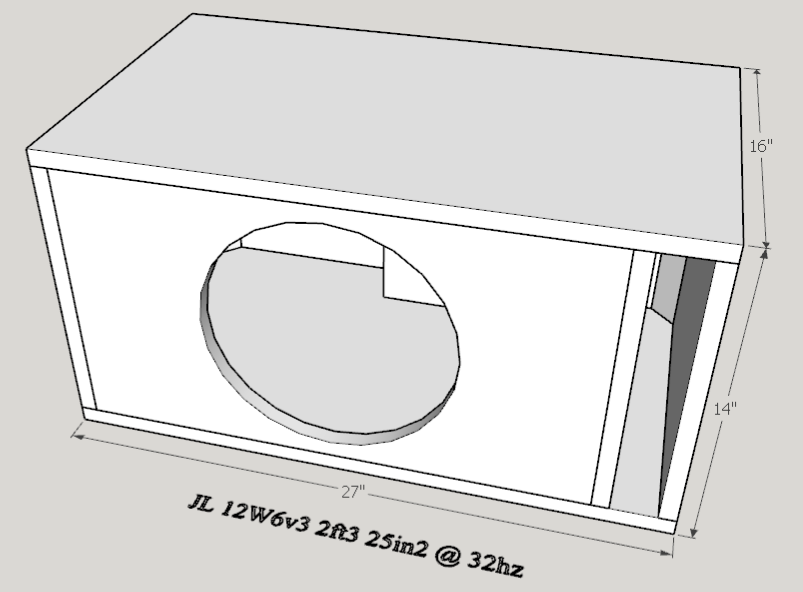 That's only marginally larger than the space you mentioned earlier.

shredder2 said:
Instead of trying to fix a sub-optimum box, why not grab a legit design and either get it built or build it yourself?
Click to expand...

Because the 15" W0 box I bought from the seller actually is built very closely to JL audio specs, the major difference being 2 half-spec'd ports instead of 1 full-spec'd port as per JL audio's recommendations. I could consider getting a custom box built for the W6, but that's why I'm curious as to which one I should be focusing on - the 15" W0 or the 12" W6? Or an entirely new sub/setup (hence I'm also asking for recommendations).

What what amp do you have currently 1st off. Vehicle?
I'd probably stick with the 12W6 myself.

shredder2 said:
What what amp do you have currently 1st off. Vehicle?
I'd probably stick with the 12W6 myself.
Click to expand...

I'd go with the W6 myself and enclose it right for your goals. Fixing something that's built with low port area is usually a pita.

Terrum said:
wondering if the far cheaper W0 would outperform the W6
Click to expand...

Not on low frequency extension in 2.5 cubic feet gross I think. I have personally never had good results with multiple smaller ports but I have seen guys have good luck with it. Unless you like to tinker and DIY I'd advise against.