ThxOne said:
Hey people in California!! What is going on there? What is slowing down the USPS? Is there a labor shortage or is something else going on? It seems that only packages I get that are coming from Cali are slow or get delayed? What gives? Genuine questions.
Click to expand...

How long is it taking? My shit usually takes four days.

Slo_Ride said:
How long is it taking? My shit usually takes four days.
Click to expand...

I finally got them but tracking had them "In route but delayed" by the USPS. It took 7 days for the first package and 8 for the second.

Maybe they caught wind of your views about rape and thirst for black cock?

Last edited by a moderator: May 17, 2019
Reactions: ThxOne and THATpurpleKUSH

This would fall under the anti -annoys you portion of this thread. Just had two people tell me I should be on the radio because of my voice. I get told that a lot but I still find it weird everytime it happens.

Don't you hate when your hungry af but don't know what you want to eat?

Sometimes it annoys me that I take pics and vids with three different devices and store them on four other devices, then have to go through then all to post content.

So a dumb ass woman was driving her car... I am guessing at a rate of oh about 25mph in a 45mph zone. I am stopped at a left turn, there is a Sheriff's Deputy at the stop sign on the road I am about to turn left onto. I wait for this lady to pass so I can turn... and wait... finally as she gets close enough, I see her head is down and I can see her texting with both hands. She is holding up traffic, oblivious to traffic and unaware of the cop.

I extend my arm out of my window and extend my middle finger at the woman. I finally make my turn. Apparently the cop was watching me instead of traffic because he decided to follow me. As I made my next turn and while doing 25 in a 25 he makes the same turn, hauls ass up to me and flips his lights on. Ok buddy. I pull over. He walks up and ask me if I am alright. Aweee, he cares about me. I said, I am fine, can I help you with something? He said excuse me all confused and what not. I said yes, can I help you with something. I haven't broken any laws and I know speed wasn't the issue.

He said yes, I saw you give the finger to that car. I said so. He said that's disorderly. I said no, that's freedom of speech like what I am about to tell you. I said, if you were doing YOUR job then you would be talking to her right now instead of wasting my time. I said she had her head down and I could see the phone in both of her hands and she was texting. I said it is illegal to use a mobile device in the state of Ga correct? She was also doing less than half the speed limit. I also said how did you miss that??? He said did you clock her speed? I said it was obvious and if he was doing his job it should have been for him as well.

At this point he said let me see your drivers license and registration. I said why, I haven't broken any laws. His said for being disorderly... I said "so being disorderly requires you to run my drivers license and vehicle registration"... ok I will humor you, here you go, now go run them. He just looked at me like huh. I said go on, go waste your time, go run them and stop staring at me... you wanted them now go. I got all day to do this... go on... go. He finally turned and went to run them. He came back a min later and said have a nice day and drive safe. I responded with, don't give me driving advice. I left. No ticket, no warnings, no nothing. 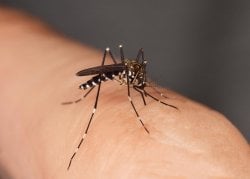 ******* is right, only the females bite. I absolutely hate goingto Walmart,and rarely ever do, but i got off and there's a walmart right down the road. I run in buy some bug spray. Of course what do i get for going to shit ass Walmart?

Chicks who get breast reductions. Like wtf? Would you be okay if I cut half my dick off?

If it hung to your ankles; yes.

People showing up to your house uninvited....  I will ignore you, be a dick, or tell you to leave. I don't play that shit. It takes 30 seconds to send me a text asking if you can stop by....

Popwarhomie said:
People showing up to your house uninvited....  I will ignore you, be a dick, or tell you to leave. I don't play that shit. It takes 30 seconds to send me a text asking if you can stop by....
Click to expand...

Sometimes I have moments where weird shit gets on my nerves. Like, having to eat, having to sleep, even having to breathe. I'm hungry but have no idea what I want, as usual. Hell I'm always hungry, always eating, but never gain weight.

I ask the boss if I can get off a half hour early because I have to get to bed early as I have to be up way earlier than I would normally be up. I have to be in Jax Florida for a hearing test... the start of me getting my ear fixed. The boss say no problem.

I am scheduled till 9pm. 8:20 comes around and the boss says I will get you out of here in a few min. I say ok. She takes me off the road and gives me my wages for mileage. It's now about 8:23. She says can you catch up the dishes and I will get you out of here.... I say ok. I knock them all out. I say, dishes are done, can I go? She says just a few more min. The next round of dishes comes around. I knock them all out quickly. I say, dishes are done, can I go? It is now about 8:35... She says... Yup, you guessed it, Just a few more minutes. One more round of dishes and I knock them out quickly... It is now 8:42 and I say, so much for going home early I guess. As I start putting a trash bag in one of the cans she yells just go home, I will do that, just go home. I said what's the point... I might as well stay until my scheduled time but if you weren't going to let me go early, why did you cash me out? If I wasn't going early I should have been taking deliveries, not doing all the dishes. She said just go... I said whatever and left.

Bunch of bullshit... why lie? It's time for a job change.

Get a job waiting tables so that you'll have something to really ***** about.

9:45pm. Driving back to work from my last delivery. There is a woman in a van in front of me going very, very slow. Traffic is backing up behind me. Eventually she turns right and maintains the right lane going about 30 in a 45. I signal and pass her to the left. I am about 10 cars ahead of her doing 45 in a 45 and she blinds me with her high beams. I flip my toggle and hit her with my rear facing off road LED driving light. She turns off her high beams and I turn off my light and that is that.

She follows me to my job, blocks my Jeep by parking directly behind me and starts yelling at me. A co-worker is outside and he looks at me like dude? I am like IDK!!! She hauls ass out of the parking lot. About ten minutes later my boss comes to me, I am in the back, and tells me he just got yelled at by a cop because I was flashing my high beams at people and driving like a maniac. So, she went out of her way, for whatever reason, to try and cost me my job. I did nothing wrong. I passed her, to the left and maintained my lane. For that, she blinded me with her high beams, then stalked me, then called the cops on me and tried to get me in trouble.

I did not get in trouble. After work I called the police and requested to speak with the officer who was dispatched. He showed and it is an officer who knows me personally but didn't realize it was me that the person called about. I ask him what happened. He explained to me that they got a call from a woman who said I was flashing everyone on the road with my high beams and swerving in and out of lanes and speeding. I told him what really happened. I then said I would like to file charges against her for stalking. He was about to help me out but then as he was looking through the report and the original call, he saw that she called as an anonymous person... so no name, no address. He said he would have been happy to go to her and issue her a citation for stalking. In GA, the first time it happens is a violation of the law. Title16 Chapter 5 Article 7. Following me to any place without my consent for purposes of harassment is illegal and is punishable by a fine of $1,000 and up to 12 months in jail... THE FIRST TIME. To make it worse, she called the police placing my job in jeopardy. He did not like that and neither did I. But, she didn't give a name so my boss, myself and my cop buddy decided to let it go.

What is wrong with people.

When the weather forecast is dead ass wrong.