I WOULD NOT RECOMMEND AND HERE'S WHY:

I take my truck to this dealer and is greeted politely by the owner of Thumpin. Very pleasant and seems to be knowledgable about what he is trying to sell to me. My wife purchased a Pioneer X930BT navigation/stereo system and he was to install along with an auto start alarm system. He took the deposit and scheduled the service date.

The actual installer did a fantastic job (not the owner).....upon my arrival to pick up the vehicle I see the owner in a bay waxing his old f150 truck while the installer shows me how to operate my components that I just paid for through Thumpin.....after 5 minutes of show and tell from the installer, the owner comes to my vehicle and ask the installer to assist with another customer and politely states that he has a "policy" that states that I am on my own as far as any type of instructions go for this system......if he didn't wish to install it, he should have said so in the first place, but to tell a customer that he is isn't going to allow for the tutorial of a system that he just installed was simply insane to me.....

Good work done SO FAR THAT I CAN TELL.....but the customer service he presented absolutely ******......I would stay away for that alone.

I spent over a grand at his establishment and think the post service should have been there as well.....Oh Well, so much for good customer service I guess.

wow, thats crazy..some are in it for the money. sorry to hear about your experience. 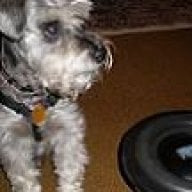 Despite being an old topic, totally not surprised yet again, another poorly run shop in this area.

I dont recommended tgis place at all i go in with a budget of 400 dollars talk to the owner who sets me up with a 400 watt Jensen amp and 2000 watt fli audio subwoofers said it probily be more bass then i want iny car which is pretty big car(pontiac grand am) i had them professionally installed and they barely hit then next thing i know boom the amp fried the subs. But the owner said they woulsnt overheat but they did. Chexkin today if they hold up on tgeir ebd about the warrenty. Probily give me a hassel. 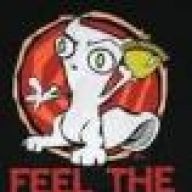 Need to do your own installs. Plenty of people and information here to help you out. I do all of my own and my friends installs around Andrews AFB, MD and I teach them if they don't know. 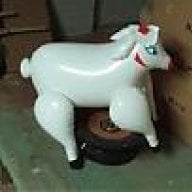 That place has been garbage for 15 years now

Im in the Washington county area and I continue to hear bad things about this place when customers bring their cars to me.

Sounds about right for Thumpin,yes they have been around for a while now but,i think thats only because of the few people that have alot of money to put into an alarm system,car stereo,etc. With all the info thats available now a days its a breeze to do ur own installs and are not color blind as for most installs anymore just calls for u to wire together the same color wires,and follow the diagram step by step. I myself have fixed countless stereo installs and alarm systems that thumpin so called"professionally"installed. To name one that i will never forget that they did was a stereo install with 2 8" subwoofers in truck boxes in a single cab chevy pickup truck. To hold the speaker boxes in place behind the seat when u tilted the seat forward,they put drywall screws through the backwall of the cab and u could see the screws in between the cab wall and the bed wall. He had said that he started to notice that his carpets was getting wet but didnt know where it was coming from. How "professional" is that when simple velcro wouldve worked just fine and as a matter of fact velcro is what i have always used in that type of situation. The only reason why some people are satisfied is because they bought the items from their store which is definately way over priced and because they charged them an arm and a leg for install,and probably got most of the money upfront,so they in turn do they job the way it is supposed to b done. I have given almost all of my estimates over the phone depending on what is being installed,cd players,amplifiers easy answer,subwoofers and the type of sound they want of course need to take measurements of their trunk to acheive what the customer is wanting,but normally that is the only time the car needs to come to me for an estimate. The only reason the company hasnt went out of business yet is because i dont know of anyone that has taken them to court for not installing their equipment correctly. If u have to go a hour away to get better service or the business has a better track record do it cause as far as im concerned thumpin does not deserve to have any stars at all.