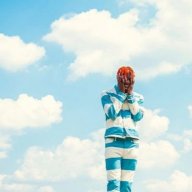 I have dual skar sdr 12's being run off a Skar RP-350.1D. This problem has been going on for a while. The problem originally started on the same amp but with my Skar IX 12's. They had been working fine for a month or two since i had the whole system installed but all of a sudden the subs started giving out and distorting when i turned the bass up over like 1/4 on my knob. I thought my subs might have gotten messed up after so much use so i replaced them with the SDR's but the second i played them after installing them the same exact problem occurred. I put in new rca's and it didnt fix it so it wasnt a blown rca. Someone please help. Im leaving a video of the problem below. In the video its playing super clean bass at first that you cant really hear but as soon as i turn up the volume it starts to distort and give out.

Is it doing it for both subs?

Sounds like there's some mechanical failure with those subs or something is touching the cones. If you have confirmed the subs aren't broken and there's nothing loose in the box touching the moving parts you must troubleshoot to see if your amp or source is the issue.
H

I'm thinking amp also. Have you tried to reset the gain on the amp?
1

EthanD1 said:
In the video its playing super clean bass at first that you cant really hear but as soon as i turn up the volume it starts to distort and give out.
Click to expand...

It reminds me if a thread where Lasherz explained that your source signal could get too high, therefore making your gain setting high enough to the clipping point. Clipping is where the signal becomes square instead of undulated. An undulated signal pushes and pulls the voice coil whereas a square signal violently shoves and yanks it. I believe this is where slinking of voice coils happen, until the cone becones stuck.
That is why I asked if it was both subs. The odds of both new and old subs being messed up are slim. So I figure it may be a strong signal or amp is bad. So try setting gains with a multimeter to see if that solves your issue.
Reactions: huberoy123
1