I live near this shop, and I was thinking about getting some work done there.

Does anyone have any input on this shop.

I've been there and seen some cool pictures, and there website has some cool stuff. http://www.sounddecisioninc.com

Does anyone here have any experience with these guys? 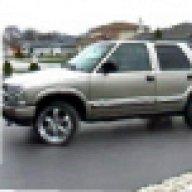 In IL, south, where the epicenter rules

they do awesome work from the cars ive seen, but like all shops that are high end like that, they are $$$$$

coming soon: look out for my worklog for the 07:naughty:

That shop rocks. Ask for a guy named Alex, tall lengthy guy. Awesome guy. They do some of the greatest work around in my opinion.

This year is gonna be dangerous to all

Things must have changed in recent years. This is not a good shop. They say all the things you want to hear when they are selling you their services but the work in poor and customer service terrible.

I choose them to install a Kenwood 6990HD unit with Sirius and Navigation because they said they could make the steering wheel controls work for my Mercedes. 15 hours of playing in the dash and several calls to the factory, my dash had a gaping hole and wire problems. I let them finish installing the radio because it was all spaghetti.

The radio navigation hard drive crashed, probably due to the installation issues. They removed the radio and said it would be sent to the Kenwood repair facility and back in a few days. Three weeks later I learned that Kenwood had never received it. Sound Decision had no tracking number. They tried to upsell me to a newer unit.

I told them I didn't want to be upsold, I wanted my radio returned. After complaint calls to them, their distributor and Kenwood, I was told to go the store to get my radio.

Kevin, at Sound Decision, handed me a plain brown cardboard box that contained parts from a different radio. He refused to reinstall it. The connections do not match up so now I need to find another installer.

Things have changed again. New management has taken over. They apologized for the poor treatment I received from the previous management and they reimbursed me for the work that had to be done.

I talked with another fellow that recently had an installation and he was ecstatic about the job that they did.