My name is Franco, I'm from Uruguay and this is my first post here. I started to have problems with my Pioneer Headset AVH x7750TV after buying a new car and changing my audio equipement to the new one. The thing is that the headset only is working after pushing the reset button, I have to do this every day. I'm gonna give you a clearer example:

Day one: I go to my car at 7:00 and start de engine's car, the headset doesn't turn on so i have to push the reset button one or more time till the headset works ok. Sometimes the displays is on but the volume doesn't work when i try to get it up and the headset turn off and then on by itself and everything works ok.

Day two: I go to my car and all starts again, the headset doesnt work but this time i dont push de reset button. I drive for a half or one our and then I stop engine and after I start de engine again. After that, the heaset started by its own and may be it get off and on sometimes till it works ok but after that works ok. the next dat, everything starts again.

Well, this is the problem that I'm having and I would like to solved it by my self, everything was ok before a "Tecnichinan" moves the headset from one car to other and after that im having these problems. I went back with him and couldn't solved it.

Another detail is that the headset works only if the car's key is plugged in.

I know this could a bit difficult to solved just for messages but if someone had the same problem and could solve it may be I a can try that solution!

Thanks in advance,
Franco 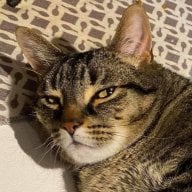 The head unit should only work when the car's key is in, so that's normal. However it sounds like you've got an intermittent problem behind the HU. Pull it out of the dash and make sure all of the wire connections were made well. If they're loose or just taped after being wrapped around each other they need to be redone. What you should see is a bunch of heatshrunk cables or crimps. Anything else is dubious and I would redo it. Go wire by wire with the car on and pinch the connection points, if the radio turns on or off you've got your problem.

By the way, if it was done incorrectly the technician should give your money back. That's not a luxury feature, it's called doing the job right. Anything less is a scam and he likely did more damage than the cost of the service in the long run. Frankly, if he did it for free it's still not worth it if he chopped the harness off. If a "professional" did that to my car I'd lose my shit.
F

Hello, how are you?

I did what you suggested me but dindnt work, all cables were okay, also I changed some of them that were a litte tight (just in case). But the Radio doesn't work, now only open when the key is in and close when is out.. So yesterday, I went with other person that fix pioneer HU to see if he can solve the problem and for which cost. By now, I put the original HU (sounds really different...) but its better than nothing. I will come back when the story ends to tell you which was the problem.

Thank you very much for you time!
Reactions: Lasherž