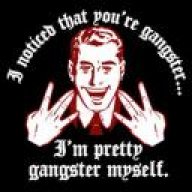 You Forgot The Important One:

F.u.b.a.r. = [email protected]#ked Up Beyond All Recognition; Uses As: "that Amp Is Fubar, Its Time To By A New One". 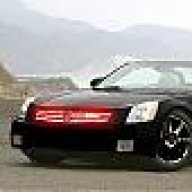 what does it mean when someone goes "active" with their speakers? 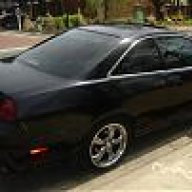 If You've done business with me please post here!

hey, guys, I just got dizzy, how can [email protected]@@

Furthermore, it can help you to change the audio settings, such as reset the channels, sample rates, audio bitrates, etc.

This Audio Converter Mac can be also used to trim audio files. If you like a piece of music in a movie, you can trim and save it. Here batch conversion supported!

How to convert audio files?

1. Free download this Audio Converter for Mac,install and run it on your computer. You will see a friendly interface.

2. Add audio files through “add file” button. Here batch conversion is supported. You can preview your added files in the preview window.

3. Select an output format in the profile combox. Merge different files into a single one by ticking before “merge into one file”.

4. Edit your audio files by open the “effect” window. You can trim the audio files.

5. Press the “start” button to begin the conversion. This only cost you a few seconds.

My new Touch Pro2 has a built-in rss reader, so Im thinking of downloading local news in Podcast and listening to the while commuting.

What is the best way to route the audio from my Touch Pro2 to my car audio?

I have a bluetooth handsfree from Jabra, so I can listen to the podcast from the FM radio through the FM transmitter function of the BT handsfree, but the sound is not really good.

Is there a better option?

BulletProof Servers for XRumer
A

Nice Thread, very clean, lots of content and loved having a look.Extremely loud sound systems in automobiles, which have been nicknamed boom cars, may violate the noise ordinance of some municipalities.

A stock car audio system refers to the OEM application that the vehicle's manufacturer specified to be installed when the car was built. A large after market industry exists where the consumer can at their desire replace many or all components of the stock system. In modern cars, the primary control device for an audio system is commonly referred to as a head unit, and is installed in the center of the dash panel between the driver and the passenger. In older vehicles that had audio components as an option, such devices were mounted externally to the top of or underneath the dash. Car speakers often use space-saving designs such as mounting a tweeter directly mounted over a woofer or using non-circular cone shapes. Subwoofers are a specific type of loudspeaker for low frequency reproduction. Extremely loud sound systems in automobiles, which have been nicknamed "boom cars", may violate the noise ordinance of some municipalities.

The slope is described in dB per octave. The higher the value, the sharper the roll-off, and the more control the listener will have over which frequencies are played by any particular speaker.

A unit that produces an artificial ambience pattern; one that is used to create the impression of the listener and/or performer being in a particular performance space.

Resonant Frequency – the frequency at which a woofer or subwoofer in a sealed enclosure resonates.

RMS – an abbreviation for Route Mean Square. RMS is the widely accepted metric of measuring and stating continuous power capabilities of audio power amplifiers as well as power handling capabilities of speakers and subwoofers.

* RMS power ratings of audio power amplifiers are typically stated at a specific impedance and at a certain level of distortion. Otherwise, they are meaningless. IE – 100 watts RMS per channel into a 4Ω load with less than 0.1% distortion.

Pay no attention to PEAK or MAX numbers, as they mean nothing.

Side Bias – side biasing is a result of sitting much nearer to one speaker than the other. The result is that the near speaker’s sound arrives to your ears sooner than that of the far speaker and the image is pulled to the near side. This is not desirable and can cause long term listening fatigue.

Subwoofer – a speaker designed to reproduce the lowest frequencies of music, specifically the lowest two octaves*. Typically, this would be from 80 Hz to below the range of human hearing (lower than 20 Hz).

Woofer - a speaker designed to reproduce frequencies from 20 Hz – 500 Hz (or even higher). Woofers are commonly used in home and pro audio speakers, where their frequency response has to extend all the way to the lower crossover point of the midrange (300 Hz – 500 Hz or so) in a three way system or to the crossover point of the tweeter (1,000 Hz or higher) in a two way system. car accessories 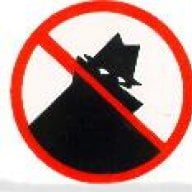 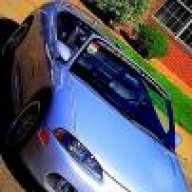