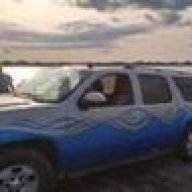 I won an amp off of his EBAY listing. He had it labeled Memphis MCH 1300 which is the Big Belle. Come to find out someone went to the trouble of putting wrong endcaps and labeling on the small MCH 600. I submitted a claim and he said he would refund if the amp was wrong. I spent 20.00 shipping it back to him, and he wanted to only give me part of the money back and said it was scratched. The amp wasnt perfect when I bought it, and it wasnt even correct. If this guy owns a stereo shop and is that stupid I would avoid like the plague. Now I am out 400.00 until Paypal decides what to do for a month.