and you sir are a fail troll
Click to expand...

While i don't necessarily agree with this blanket statement, there is some truth to it. This thread is great from a bend-ability/flexibility and price comparison but it doesn't take into account the primary function of a power cable... the power. The true test to a power cable is how much power it can handle by measuring impedance/resistance, loss over distance, heat rating (ie how much amperage it can handle before it gets too hot), etc..
There has to got be some electrical engineers or EE students on this board that have access to equipment that can test this. Those kind of test will show you which power cable can most efficiently handle the kind of power pushed through a 1/0 cable.

Great job otherwise, it's nice to see all these cables next to each other for a visible comparison.

Craig - Who will probably use KNU Kollussus unless someone can run some power testing and show otherwise.
Click to expand...

All the wire besides a select few which 99.9% know about, will provide plenty of bendabilty for your install..

and I've done a real comparison on some a couple years ago..I dont have that data anymore though

Loudman said:
And so were the judges!!!:lol: Sorry man, that was so insensitive of me!! I've been there before!!
Click to expand... 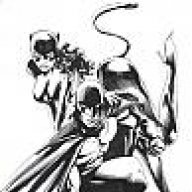 in all fairness this thread is only a wire comparison not a load test.

and how much of the diameter is actually the jacket

plus a kind a thread count

with that being said if you look up a bit there will be a part 3 with a load test involved but for that to happen I will have to save up some more money so I can purchase about 50ft of 3 different brands plus I will have to purchase a load, say a 1000w 12v light. Now once I save up some cash I will be purchasing 50ft of :

my source will be a 12v battery attached to a charger. I feel with 50ft of wire, a load (1000w) it should replicate how the wires will react in a car setting. so please everyone hold tight right now it is contract time where I work and things don't look good but I will know more once I get all set up.

If anyone else has an idea of how I can perform a load test please let me know your thoughts. and yes I have access to multimeters, timers, and clamp meters all of the fluke brand.

you did some load testing... this is what I need. I would like to know how you did this? How was your test for repeatability and how many brands did you check?

could you please drop me a PM and maybe we can put our heads together and get something that is worth while for my load test!

David.. Quit. I like you, but quit. Shok isnt the best. Russ may give you free wire, but there are other brands out there, and shok is.. at best in the middle of quality, price and performance.

what does everyone think bout monster wiring? i might score a nice length for cheap.

thank you for this thread! very informative! very good job! 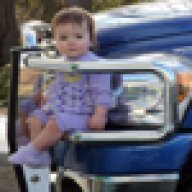 Awesome information. I hate looking a gifthorse in the mouth, I wish I could see where AudioTechnix fell in there. //content.invisioncic.com/y282845/emoticons/biggrin.gif.d71a5d36fcbab170f2364c9f2e3946cb.gif

DB link? didn't see it in this review, i like db link wire, i dont know where it would fall in this comparison but i like it

is the cadence wire ofc or cca? i know it says ofc but i've been reading around and many people have said it is cca. 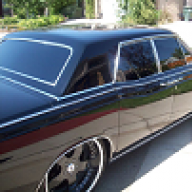 is the cadence wire ofc or cca? i know it says ofc but i've been reading around and many people have said it is cca.
Click to expand... 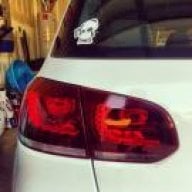 Awesome thread. Too bad a lot of "China made" wiring kits are passing off CCA wire as OFC. There are tons of this crap on eBay.

thanks for the awesome information. recently bought 50ft of the cadence 0 ga wire believing them when they said it was 100% ofc. then I saw the wire in hand and realized it was cca. wish I would have read the entire thread before dumping $100. But, here is the good news. I contacted the ebay seller I got the wire from and they offered a $25 credit per purchase so $50 total or the option to return for full credit. Not too shabby. From ebay seller's email response: "We honestly advertised this with all the specs given from Cadence. I just emailed them and they told me that these cables are CCA and they are not Pure Copper."

on the rf wire it has pc or pure crystal ofc what does that actually mean? 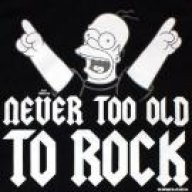 on the rf wire it has pc or pure crystal ofc what does that actually mean?
Click to expand...

i found this explanation:

Just as any other raw material found in the Earth there are many grades of copper. PC-OFC is the

process. PC-OFC has the longest crystals of copper with the least amount of breaks due to fewer

impurities, resulting in a smooth channel for the electrons to flow through the conductor.

but i also found this;

C10100 - also known as Oxygen-Free Electronic (OFE). This is a 99.99%pure copper with 0.0005% oxygen content. It achieves a minimum 101% IACS conductivity rating. This copper is finished to a final form in a carefully regulated, oxygen-free environment. Silver (Ag) is considered an impurity in the OFE chemical specification. This is also the most expensive of the three grades listed here.

C10200 - also known as Oxygen-Free (OF). While OF is considered oxygen-free, its conductivity rating is no better than the more common ETP grade below. It has a 0.001% oxygen content, 99.95% purity and minimum 100% IACS conductivity. For the purposes of purity percentage, silver (Ag) content is counted as copper (Cu).

C11000 - also known as Electrolytic-Tough-Pitch (ETP). This is the most common copper. It is universal for electrical applications. ETP has a minimum conductivity rating of 100% IACS and is required to be 99.9% pure. It has 0.02% to 0.04% oxygen content (typical). Most ETP sold today will meet or exceed the 101% IACS specification. As with OF copper, silver (Ag) content is counted as copper (Cu) for purity purposes

The high-end speaker wire industry markets oxygen-free copper as having enhanced conductivity or other electrical properties that are significantly advantageous to audio signal transmission. However, conductivity specifications for common C11000 Electrolytic-Tough-Pitch (ETP) and higher-cost C10200 Oxygen-Free (OF) coppers are identical.[8] Much more expensive C10100, a highly refined copper with silver impurities removed and oxygen reduced to 0.0005%, has only a one percent increase in conductivity rating, insignificant in audio applications.[8] OFC is nevertheless valued by some for both audio and video signals in audio playback systems

shok comp is around 280 shippedf for a 50ft spool

Thanks for the write up ... great info!

Thanks for the write up