Looks more like a shop vac hose adapter and a pioneer 3003, i bet gramps be a fappin.

Looks more like a shop vac hose adapter and a pioneer 3003, i bet gramps be a fappin.
Click to expand...

IF it was 2 ohms....person is like well I got this extra shop vac hose I'm not using, lets use it as a port.

These are serious comp subs... lol

Dude, my 8 weighs the same.

Salt water can be very corrosive under the right circumstances.

Nothing funny but came across this very rare amp....same as blue version 705.

Says it's in good used condition but also says not sure if it was used or not. Also says the box has a few rips and dings but makes no mention of the motor being detached. lol

audioholic said:
Saying "clipping doesn't kill speakers" is a half-truth at best. Technically no, clipping itself does not hurt the speaker. But in clipping your amp, you can easily create a situation that WILL kill the speaker. Was the squared waveform the DIRECT cause of the failure? No. In the end, the answer is, always has been, and can only be... heat kills speakers. BUT, clipping increases heat generation, sometimes by a drastic amount. So to start a thread simply to state that clipping does not hurt speakers is, again, a half-truth at best.
Click to expand... 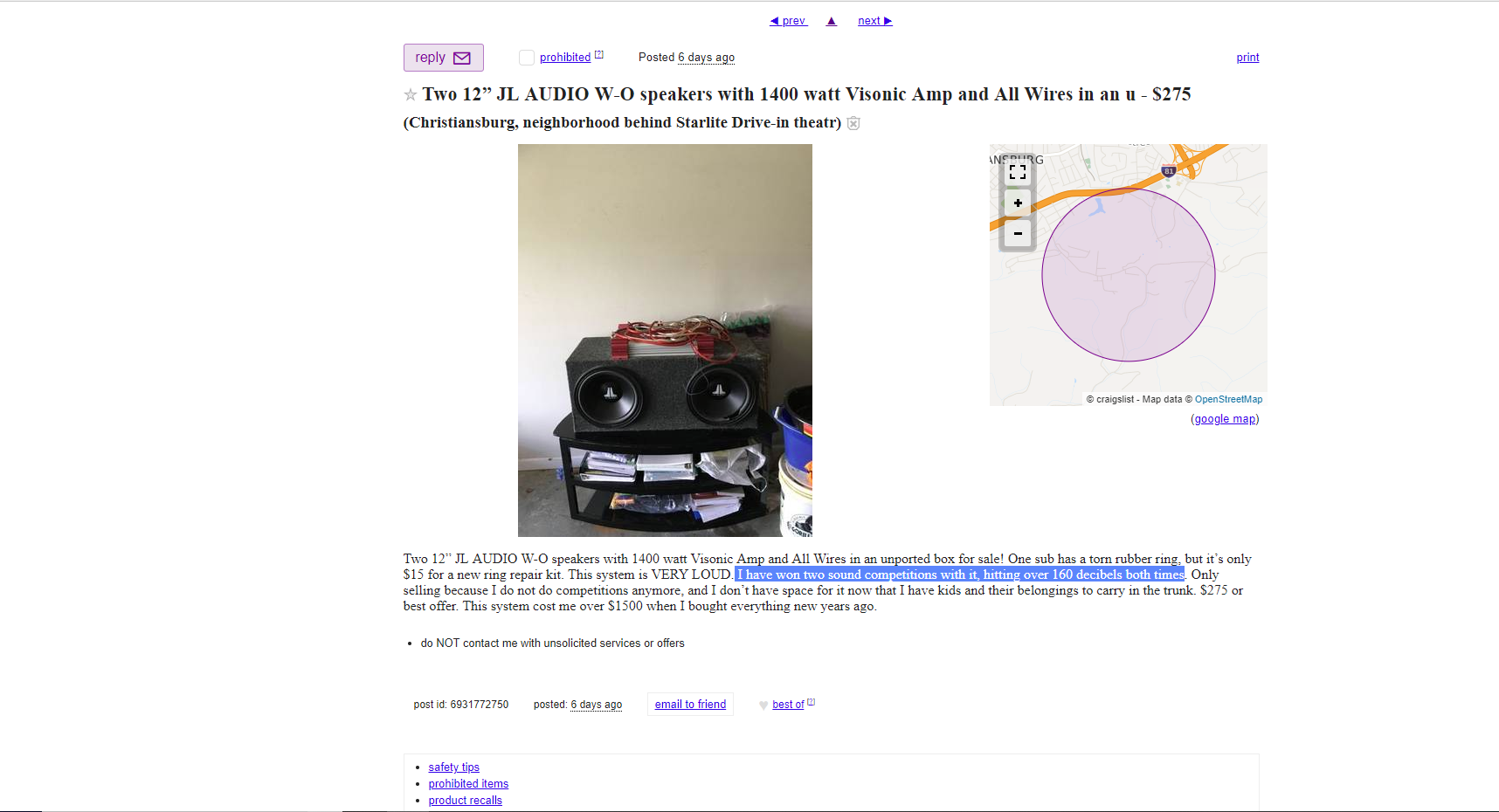 I thought this thread was forgotten... gotta love port wars if it actually happened.
Those nuthuggers will claim anything...
Except I see no port... sealed?