Its finally done and we reached our goal! 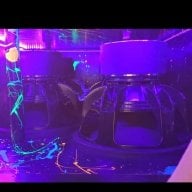 I made a post a few months back asking you guys to guess what I would hit on the meter with my new build. Long story short we started with 4 Sundown X8s in a ported enclosure on an scv-4000 hitting 147.6 at 38hz. Upgraded to 2 Sundown Zv5 18's in a 4th tuned to 45hz (box was designed with bandwidth in mind) on the same amp and hit 151.0 at 34 hz. Then we Upgraded the amp to a SFB 8k and hit 154.5 at 34hz. After the 8k we had to upgrade almost all of the wiring in the car which involved a front battery delete swapping it out for a 80ah lithium headway cell battery mounted in the back of the truck. Once we got the power fixed we hit 155.08 at 34hz at a local bass event. Our goal for this upgraded build was 155 and it was absolutely fantastic to see it official in competition.
If you care to hear the full story I'll go into further detail here.
This build is in a 2000 Ford ranger standard cab. As it sits now we have a mechman 320 alternator, JL C5 3 way component set powered by a JL XD 600-6, 2 18" Sundown Zv5 subs powered by a SFB 8k in a 4th order blow through tuned to 45 hz designed by Mark from Car Audio Fabrication, Pioneer P99 headunit, 100% coverage of GP STFU hush mat, and custom wiring for the AGM battery delete consisting of a single 600A rated buss bar connecting the 2 0 guage wires, alternator, and fuse box/starter wires to a 1000A rated positive buss bar thats in the cabin just behind the drivers seat. From there there is another 1000A rated buss bar for all the negative connections that is hooked to the frame with our old chassis ground and then connected to the lithium in the back of the truck. Both of the buss bars have 3 short runs of 0 guage going directly to the battery terminals.
Other than the box being designed by someone else everything was done by me and my brother.
We've been slowly adding to the truck for almost 2 years now and have even more plans to upgrade in the future. Our next goal is to hit 160+ DB and we think we'll get it with 2 more 18s and another 8k. End goal for the truck would be to have a system the plays almost flat and 160+ db from the 20-50 hz range. Right now even with the box being a 4th order we hit 150+ from 26 to 40 which I was super happy with. We entered the novice unlimited class along with bass battles and won both categories at the most recent comp we went to. Only pic I could find was one of our score for novice unlimited. If anyone wants to see more ill take some and post them in a comment. Thanks for reading.

Where is the meter? Doors/window open? What's your number sealed DB Drag style?

Still pretty impressive, I'd like to see pics of the build.
Reactions: jt4x4 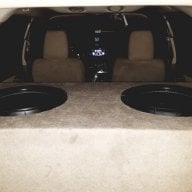 I second that. Show us the pickup! 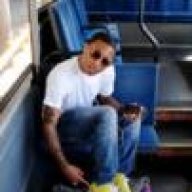 Ill do a complete photo shoot later today! The 155 score was at an outlaw style show (that's all we have where I live) the meter was in the kick panel and the driver side window was open. I have done a db drag style test in the truck with my spl meter but I can't remember off the top of my head what my score is. I'll figure that out as well and report back. Thanks for the comments! Check back tonight for the db score and the complete photo shoot

Got a bunch of pics and did a db drag style burp. You can see the meter placement in some of the pics and the car was completely sealed during the burp. Let me know what you think!

Mpoole96 said:
The 155 score was at an outlaw style
Click to expand...

Pickup trucks gain big outlaw. Really I've seen them gain as much as 4dB opening driver's side window. It's dramatic.

Were getting about that much, 3.7 db to be exact.

Popwarhomie said:
I know of two really loud rangers around me. One was Jesters it did a 160 with 6 15" 6th order and Chris Crouse did a 59 with 6 12 6th order. Was 1st place state finals subsonic suicide at 20hz. Both walk throughs. Both full Orion builds.
Click to expand...