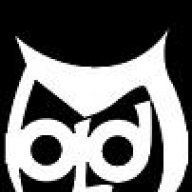 Anyone know anybody? All I have is some 1 set of component speakers, 1 amp, and dynamat in 2 doors and car toys wants like $200, just for the install. I don't know shit about installing anything and I really don't have the patience to figure it out so I'm hoping someone here can help me out. Thanks in advance. 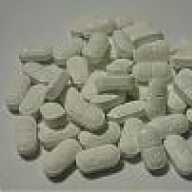 i have a tacoma... not posting from it right now though... im in my room.

i'm usually in the drivers seat area, although sometimes I visit the passenger seat and the bed. where are you at?

i have a tacoma... not posting from it right now though... im in my room.i'm usually in the drivers seat area, although sometimes I visit the passenger seat and the bed. where are you at?
Click to expand...

Don't know if this is a joke, but I meant Tacoma Washington. Notice it's in the Washington forum.

I hope I'm not too late. I joined primarily just to post to this thread.

Avoid "Foss Car Audio" on 38th Street. I recently bought a JVC deck and an Installcard from Crutchfield and they were the installers.

I went in on a Saturday. First, they said it would take 1 1/2 hours for the install. When I told them I had a wedding to go to and I needed to leave town in 2 hours, the installer came back and said "OK, we bumped you up in line, so it'll be 30-35 minutes."

Finally after 2 hours and 10 minutes total of waiting, one of the installers finally popped open my car and took it into the garage. By this time, I was expecting to miss my friend's wedding.

So, I got to the shop at noon that day and didn't get to leave until 2:45. I can understand installations taking a while, but there's no call for it to take almost 3 hours by "professionals."

When the salesman added everything up, he said "OK, your total's going to be...$1100.00. I was speechless. I said "But I told you my budget is $500." He looked disappointed and said "Well, there isn't much we can skimp on here. I guess we could downgrade the speakers, and..." A few minutes later he said "OK, how about 850?" I'm not much of a confrontational person, so I took it. While the installers were working on my car, I asked why it was so expensive if the hardware was about $400 (or less by that point). He said that not only was the installer working on my car being paid, but all the installers in the shop were. So my equipment was like $400, but the install charge was probably another 300-400.

In the end, the stereo didn't sound great (definitely not $850 worth). I filed a complaint with the Better Business Bureau. A month later, I got a letter from Car Toys offering me a $2.00 CD Wallet to make up for the experience. I refused.

So Foss and Car Toys are 2 I recommend steering clear of. Now, some people would scoff at this idea, but how about Circuit City? I've never had a disappointing install from them. They're always timely and professional. I talked to them recently because I'm planning on upgrading my current speakers. The salesman there said that they would be willing to install speakers that do not come from them (thinking of perhaps another crutchfield purchase). And they're install is only like $50 (plus any harnesses or wiring you might need, of course). 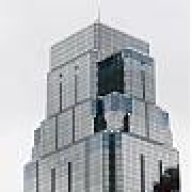 I went to school there last year @ UPS. I don't know any Installers there, but bump for you!

theyre located at the b&amp;i and in puyallup

just make sure you show them youre not a dummy and you can get good rates. theyre installers are very good too. 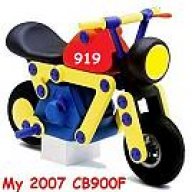 YES! Car Toys *****! Not only their overly high-pressure sales people who are quite often rude, but their installers **** too. I say this ONLY from what friends have told me. Since I don't like the pushy sales people who ALWAYS steer you away from what you were looking at and try to sell you something else. Apparently they make a high profit on JBL, because it never fails, every time I go in there and look at something, then ask about an item, they always "happen to be" out of stock on that item but just happen to have a "much better" comparible unit from JBL in stock (always more expensive, too!).

A friend told me of one guy he knew who's car caught on fire within the first couple hours after he had Car Toys in Tacomainstall a deck, amp, and 2 speakers! The fire fighters and responding police officers said in their reports (for my friend's insurance company) that the cause "Was likely caused by faulty electical wiring in or around the stereo"! Gee, imagine that!

Another friend's son took his car there, bought a deck, and had it installed. Every time he went over the slightest bumps, the CD skipped! He never took it back because he was always too busy. So, after a few months, my friend borrowed his son's car while his was getting a brake job. As soon as his CD skipped, he had enough! Took it to his house and pulled the deck out "to see wassup wit dat" and found that the deck was just "floating in thin air, with no strap"!! Nope, they didn't install those straps that come with every deck I've ever bought! Geez, they must have a nice collection of them by now! Talk about a cheezy, ghetto install job!

And don't get me started about Foss! I lived in Lakewood for almost 35 years, and was quite familiar with Foss. Even more high-pressure than Car Toys! It was ALWAYS "your selection is not as good as this one here" or "you have what kind of deck (or amp, or speakers, or whatever) in your car?!? Oh, those are junk! Here, buy one from us for triple what you paid for yours!"... not word per word but basically the same idea.

Tacoma's BEST car audio guys (Automotive Sound) has long since faded into oblivia. I'm 50 years old, drove since late teens, and lived in Tacoma/Pierce County for over 40 of my years. So I remember who was good and who *****.

As for present installers around the area? I've heard nothing but war stories about the guys at B&amp;I, but they do have good prices on equipment if you wanna do a carry-out and have it put in elsewhere. Then there is the old Costco, originally a Fred Meyer, now called Tacoma Discount World out in Lakewood along I-5. I have purchased a few things from those guys at AudioTek, and have had nothing but good luck with them. Decent prices. (Just don't expect your money back if you buy junk!) Make sure you do your homework before you buy because of their "exchange only" policy. HOWEVER, I've met and talked to both of their installers, and they are both really cool and seem like honest guys. Sure, they seem shocked (but impressed) whenever I mention my system and how I'm running stuff, but they are honest and I have not heard one negative thing about them from anyone yet.

Best Buy? I've never known or talked to ANYONE who had anything installed by Best Buy's "geek squad", as they call their installers.

Again, I've lived here for over 4/5 of my life, and who has installed EVERY car audio AND security item I have ever owned? ME! Mainly because I don't trust other installers, they charge too much, and/or I've heard so many complaints. You say you live in Tacoma? You just want a simple deck installed? Or a pair of speakers? Maybe an amp? Don't want to pay over $200 for the install? Not in a huge hurry? Get ahold of me, maybe via PM, and I'll see what I can do for you. I have a ton of hardware/connectors/strippers/drill bits/etc and other stuff needed for almost any install. Plus, the good part is, you can watch or help! The best part is I won't charge you an arm and a leg. Like $35-50 for a deck, depending on how much is involved. Maybe $20 for a pair of speakers. You get the idea. Nothing custom. Just basic "replace my deck or speakers" kind of jobs. YOU supply the wiring needed, I'll supply connectors.

Just a thought, to those leary about having a local "professional" installer screw stuff up or overcharge you! NO cars have ever caught fire, and no decks have been loose, and nobody else has ever complained about anything I've put in. I've done my own installs for over 30 years with NOTHING being fried.

NOTE: Although I'm not MECP Certified like Car Toys and Foss installers claim to be, you can probably see and read from others that MECP Certification means nothing if they have no respect for your ride or your wallet! I took the MECP test, but missed 2 questions too many so I didn't get my useless ceritification!

Anyone know anybody? I have always had foss do my work and they do a great job. I am suprised they did the on install I read on here the guy bought a deck from crutchfield and an install card on the Internet and wonders why he was not a priority?? I am a plumber and wouldn't take on a job where you buy every thing somewhere else then have some third party pay me crap to do the job. Just my two cents foss has been around forever and always seems to do good work.
Click to expand...

Hi old dude, sent you a PM. also wanted to add i need an installer for a small job. thanks.