I think my amp has some kind of problem 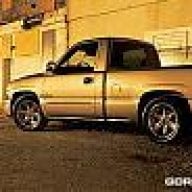 It outputs sound on all channels but the sub channel is noticeably weak.

I have 2 subs wired to 1ohm, they are brand new and the ohm load was verified by 2 different dmm.

What's weird is as soon as the amp is powered the sub ohm drops to 0 at the amps terminals, But the amp doesn't protect. It still plays fine. Reactively it stays around 60ish ohm while music is playing.

Looking at the amp draw I can only get it to draw about 32amps of current. It should easily be drawing 100amps.

Any idea why it would be acting up or what could be wrong. The grounds are good, powering is 1/0 up to about 2 foot away.

I'll be replacing the amp when sundown releases the 1800.5 but I don't want to sell a busted amp and this one does still put out some power 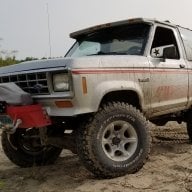 You can't measure resistance on an energized circuit. An ohmmeter works by putting out a small voltage and seeing what it gets back, so when your amp is on, you are messing up the meter's reading. 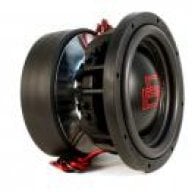 1. Like the other poster said, you can’t measure resistance on a powered circuit.
2. impedance rise (google it) on the subwoofer can be enough cause the problem you are describing. How did you set your gain?
Digital Designs 9512h
Taramps Smart 3

dragon.breath said:
1. Like the other poster said, you can’t measure resistance on a powered circuit.
2. impedance rise (google it) on the subwoofer can be enough cause the problem you are describing. How did you set your gain?
Click to expand...

It doesn't matter how I set my gain. Whether straight clipping or clean.

I can't get the amp to make anything over 300watt at 1ohm clean and at full clip it still doesn't draw excessive amperage.

The amp is rated at 1000w at 1ohm and ddaudio usually make rated power. If it was putting out 1000w it would be drawing over 100amp especially since the other channels are loaded at 90w×2 at 4ohm for the tweeters, and 120×2 at 2ohm for the mids. Which dynamically I don't expect much draw out of the high side of the amp but adding it all up it should at least come close to the 130amp fuse rating.

When I get time I'm going to rewire the subs up to 4ohm and see if that helps but the amp doesn't have a published rating at 4ohm but I'd expect 250-300w.

And yea I get impedance rise but if I'm rising to 60-70ohm something is very wrong.

It's not like I'm new to this I'm just trying to troubleshoot a new issue. I'm 99% sure the amp is bad. I bought it second hand for fairly cheap so I won't complain but it would be nice if It was an easy fix
2014 Chevrolet Cruze Diesel