Car Toys messed up my wiring, and now I need help fixing it myself. 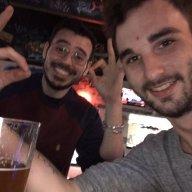 You’re getting your first system, after hearing about the struggles of having to hook it up. You spend upwards of 600 for a decent system. You’re excited to hook it up, but you’re a newcomer. You only have experience with home audio, and have never had to wire a amplifier through a car.

You get all the equipment and start to remove the stock system. You remove the speakers, and run new fresh wire through the cabin channels (no power running through the cables). Proud of your work, and cautious you realize you’re almost done, exceptyou realize the firewall might be the biggest obstacle.

You nervously fumble around under the dash, desperately looking for a empty port, or one that has room; you find none. anxiety hits you about making a new hole yourself, and you start to think about taking it to a professional to route the wire, just so you yourself, don’t cause serious damage to wiring.

You end taking it to car toys, a corporate owned company, that has locations in various states. You pay them $75 dollars to run a unpowered 8 gauge wire, that will be eventually hooked up to a 4 channel amp. The cable is unpowered, and you think to yourself, they can’t possibly do anything to ruin your whole project for the family van.

Thirty minutes pass, and you receive Your van back. Jumping in, you start to drive home. You thirst for a smoke, and pull one out of your side panel pocket. You click the lighter, and await for it to pop out hot, ready to light a cigarette... but it never pops out. The cigarette lighter was also not hot anymore. Won’t charge your phone.

The you notice the radio immediately after; the radio looks dead, “where are my blue led lights, which illuminate from the head unit?”

you then realize both the car radio and lighter socket doesn’t work. You remember the time you drove a crown Victoria and the lighter fuse blew, which took out the radio also. That was a easy fix. You buy all the fuses, but after replacing them, nothing changes. Radio remains lifeless, and your cigarette is still unlit. This is not the same problem you think to yourself.

you drive back to car toys. Calm and cool. You tell them the problem And they reluctantly look at the car, while they projected a sour attitude.

They tell you none of the fuses are bad and they are getting power. After their testing of the two fuse boxes, they send me packing with a big middle finger...

You go home, frustrated, and immediately pull out your own testers. You test the fuses. The power points and radio fuse are not lighting up, and they are new fuses...You then look up.

what you find is a bundle of wires that were electrical taped in a tight bundle. They ran from the fuse box to the fire wall, and then inside the engine bay somewhere. The electrical tape by the groumet was slot, and yellow/black wire was cut.


that’s what happened to me.

does anyone know how to fix this?

Also, everything was working when pulling into the parking lot.
I find it very strange that this the one cable that was cut, perhaps a mistake, but almost seem like malice drove someone to cut this one wire. Anyway to tell if this was intentional? Does the cut in the tape and wire look somewhat deliberate.

may sound weird, but I’m known in my city for political reasons. I’m somewhat known in my local area.I’m thinkingthese people may have done this on purpose, and i Reluctant to take this van back for them to work on. Just really weird that this happened.

I would also be reluctant to go back to that shop. Fixing it should be as easy as removing the electrical tape and reconnecting the wires, They are colored-coded, so that part is easy. You can use a wire connector to re-attach the wires. It works by crimping the ends after the ends of the wire is stripped and inserted. You can go to youtube to watch a demonstration. Also disconnect your battery, before any electrical repair work, and make sure your connections are tight. Good luck.