dragon.breath said:
Numbers that I don’t know, I answer in Spanish. ( I know maybe 20 words ) The scammers stop calling when they figure out they can’t communicate with me.
Click to expand...

I've had scam calls in Spanish and Chinese this year.

I did have a debt collector hounding me many years back and I had my friend from Poland answer and start yelling at then in Polish. Those Eastern European languages sound really angry even when they're proposing marriage or congratulating each other on the birth of a first child. They might teach Pajeet or Muhammed a little Spanish, but they certainly don't teach them Polish.
C

Deiimos said:
I straight don’t answer the phone if I don’t know the number, and even set it to silence numbers not in my contacts.

I even stopped giving the number out via Craigslist or offerup or wherever when trying to sell stuff.

This guy emailed me from CL on a prefab box I listed for sale, he seemed butt hurt I stated I no longer give out my number. Is it hard to believe people don't want to give out numbers? I use to get a bunch of the google verification code scammer texts after posting on craigslist and was annoying, I would occasionally screw around with those people saying I didn't get the code and they would send it several times before finally ignoring me

, but just don't want to be bothered anymore.

Or he's a scammer from India.

Here's a convo I had with one of those types of scammers lol. You gotta love how you can insult them directly and they ignore it. 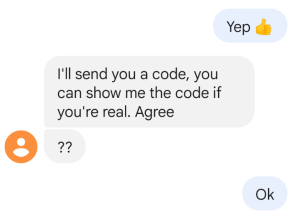 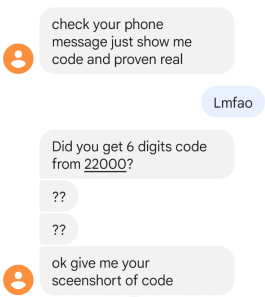 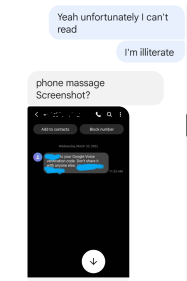 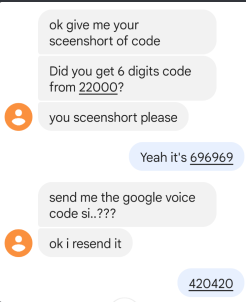 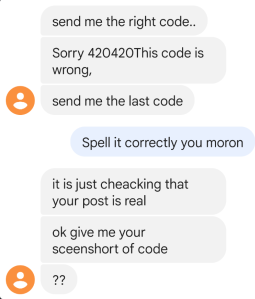 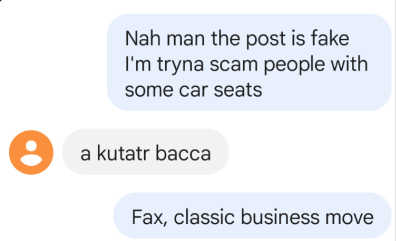 I think that last message is Hindi for 'son of a *****' or something to that effect.
Reactions: Deiimos
C

Here's another one, I don't even know how this one was supposed to work, other than baiting me into join a whatsapp where I guess they get me to buy a crypto pump and dump coin lmao 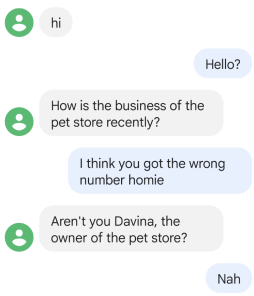 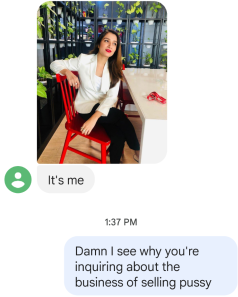 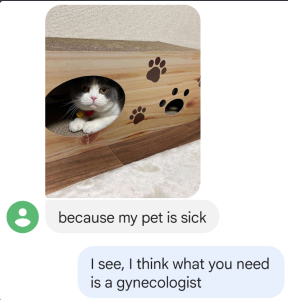 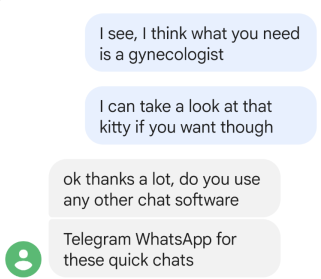 Anyways, looks like I'm getting laid tonight because she said 'ok thanks a lot'
Reactions: Deiimos and Popwarhomie