First off, here's the build:

(left the stock Honda tweets on the dash)

This is my first build of this type, and the good news is that once I finished, it all fired up and worked the first time. It's not easy, or ideal, to get a soccer-van/cavern to present a balanced sound stage. But I've got enough power, it's loud (when the mini-me's aren't in the car), and life is a compromise.

This HU is very slick in appearance and is chock full o' features, especially at the $180 price point: nice clear fluor. white display, tweakable low/mid/high pass filters and equalization settings, 2 zones(front/rear), USB &amp; AUX inputs(ON THE FRONT!), a CD slot on the front w/o having to flip down a face, 4v pre-outs, iPod/iPhone compatible, decent stock 22w rms internal amp (if ur not using an ext.), 24-bit D/A convertor, lots of potential for expandability.

In the pursuit of a clean, minimalist faceplate without sacrificing too much display, Kenwood bundles many many features and functions into very few buttons that require a lot of combinations of button-pressing to access your settings. Now most settings you will probably adjust and never touch again, but some you will use regularly and it takes a 3-4 button process to execute them. After playing with it for a while, you will begin to understand the Kenwood logic, and find that the controls are actually quite intuitive and make sense. However, the manual is not going to get you there fast. First of all, you don't get a printed manual (only a quick start guide) and the manual is on disk. This is now common practice, but in a unit with this many features, it doesn't help to have the instrucs on my computer while I'm trying to play in the car. So you have to print out the 45 pgs of instrucs, or the sections you need, and bring them to the vehicle. Much of the manual is vague and requires more than one read on any given section before it sticks. For example, it does not tell you what the "Q-Factor" setting does or what it's numbers mean. You also don't get a good feel from the manual for the unit's menus/sub-menus/sub-sub-menus until you see it and watch it behave on the display. There are no pix in the manual. At first, I could not figure out how to scan my tuner presets only (instead of scanning the entire spectrum of the FM dial), and it rendered my Honda steering wheel controls and aftermarket PAC SWI-JACK steering wheel control interface useless. After a letter to support online (no response to date) and calling tech support, I got no answer. They seemed to feel it couldn't be done, and one gets the feeling they are looking up the same manual that I have in their database and scratching their heads in response to my questions. Finally, I found the one-line entry in the manual that explained I had the seek feature set incorrectly. Problem solved, but after exhaustive measures. Now on to the USB functions. After loading 80 CD's-worth of music onto my 8GB flash drive, there is no way to search the content without simply going up and down through the order of the folders. The folders are automatically arranged alphabetically by artist on my USB drive, but the Kenwood assigns sequential numbers to each folder and only lets you toggle up and down. If you have an 8,16,or 32GB USB drive, that's potentially from 80-320 folders (1200-4800 songs if using mp3 format, or substantially more if using a less memory-intensive file format). It is simply not practical (or safe) to toggle thru that much data, and quite frustrating. You can't tell that folder #146 is actually Led Zeppelin, and what is the point of having a massive randomly accessible USB storage drive that must be searched linearly/sequentially? It kind of takes the thrill out of having all that good stuff crammed into that efficient little keychain-sized storage device that is so cleverly plugged into the front of the beautifully lit port on the faceplate. So, after 2 calls to tech support, again I got no answer and the promise that they would research this and return my call. Again, no callback as of this writing. That was 3 days ago. //content.invisioncic.com/y282845/emoticons/pissed.gif.9f665f96bc89e98e708dabd4580bb591.gif After exhaustive research, I found out about Kenwood's Music Editor Lite software from a fellow end-user in a review of the X494 on Crutchfield's site. (Now, watch the heavens open and the rays of enlightenment shine down!) This little program accomplishes all the random access functions needed by building a playlist(database) file on your USB that the X494 can recognize. How to use the program is left completely up to you. It's actually quite simple, but the program offers NO help. Likewise when you use the search functions on the X494. It works quite well, but it's up to you to diddle and toggle and press until you come around to the "Kenwood logic". Once you do, it's all good. (pant, pant) All that being said, next problem solved and I can now search any way I feel like including, by Album, by Artist, by Song, by Genre, etc. But NO kudos go out to Kenwood tech support who had no answers for me, and couldn't even manage to impart the existence of the Kenwood Music Editor Lite software, which was obviously created to address a known shortcoming in design. With regard to the iPod/iPhone interface, I can't fairly review it since I don't own either one. Although I'm sure navigation will be fairly intuitive since the manual speaks to these operations in greater detail, and I'm now a graduate of Kenwood University.

Let me sum up. Do I like this unit? Yes. Am I going to keep it? Yes! Would I recommend you buy it? Yes!! //content.invisioncic.com/y282845/emoticons/santa.gif.e1ec9cf2e0a0dd232ad35aa594a126d0.gif Why? It's physical design is beautiful. The plethora (look it up in the dictionary) of features is phenomenal, especially at this price. The sound quality and ability to customize it are superlative. My little soccer-dad van/swagger-wagon is now a musical joy-ride of everything from Rachmaninoff to Rage Against The Machine. Even the Kenwood speakers sans subwoofer are quite accurate, crisp, and poppy. They could use a little more low end, but that's another issue and another review. So, NOW I'm happy, but it took a fair amount of perseverance and toying around.

Next step, get a babysitter so my wife and I can sit in the van for an hour while I take her through "Kenwood 101". 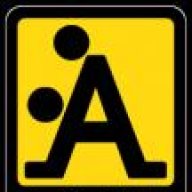 Ever figure out the "Q-Factor"? I've been treating it as kind of an "epicenter" setting and hope I'm somewhere close... you got any better guesses?

Sorry, haven't checked the forum in a while. No, never figured out the "Q" factor. Like you, I just leave it centered and hope for the best.

I have the same headunit.. im now running into a problem with it. When ever I turn it to CD mode or USB mode it keeps saying "reading" anyone know how to fix this?

I have the same headunit.. im now running into a problem with it. When ever I turn it to CD mode or USB mode it keeps saying "reading" anyone know how to fix this?
Click to expand...

I know this reply comes very late, but I just stopped back in to the forum. Your problem has not happened to mine, but usually if that happens you can take off the faceplate and do a manual reset by putting a paper clip/pen, etc. into the reset hole. I would advise you go thru all your settings and write them down first, as they will probably be lost. 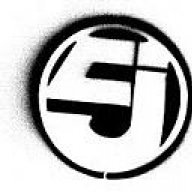 I'm not sure if this relates to "Q factor", but this was posted on Amazon's item description.

Five factory pre-set equalization curves (Rock, Top40, Pops, Jazz and Easy, plus a flat setting) and three speaker matching curves (OEM, 6x9, 5/4 plus a flat setting) that can be combined to give the user extreme flexibility over the sound's tonal character. The preset curves include midrange contouring, giving music more clarity and presence. System Q EX allows the user to modify the preset curves by changing the amplitude of the bass, midrange and treble compensation, and the Q of the bass and midrange compensation. The new curves can then be saved as presets for future recall