About 9 months ago, I had a system designed and installed by the guys at soundsations in Indianapolis. It was a little drive from my home (about 1 hour) but it was well worth it. Brian was the salesman I dealt with. He helped me design a system and it sounded much better than I even expected. The stereo was by Eclipse and the amps were by ARC Audio. They had a ton of stuff in stock (including a $4,000 focal component set). According to Greg they have been in business for around 20years. They also work on a lot of exotic cars. While my car was there, they were also working on a 2002 Ferrari 360 Modena (they even let me take some pictures of the car). Cool guys to deal with and I will be back.

Thanks for the nice recommendation, Cory--and also thanks for voting for us for WRTV's A list. We were just notified that we were selected as WRTV's IndyChannel.com A-List "Indiana's best car stereo shop for 2008". In appreciation for this award--Soundsational Audio &amp; Video Indianapolis is offering a 10% discount on all non-sale/clearance merchandise--and a 15% discount on all labor at Soundsational. This offer is good until the end of september to any members of CarAudio.com. 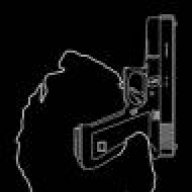 black on black yo! 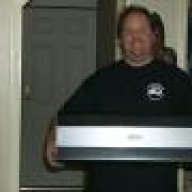 Oh yes, Brian and the guys at Soundsational know exactly what they are doing and do some killer fiberglass and custom enclosure work. I have an Arc audio system from them that sounds wonderful and I am going back for a GIANT upgrade here shortly. The best in Indy by far!!!

Must have been a great party because I don't remember a thing!

I plan on letting them hook up everything for me as well!

Thanks for posting a positive review as it has been hard for me to weed out the quality companies from the fly-by-nighters.