Post name, details and review of the equipment you're reviewing. This forum is for reviews only! No questions should be posted!

This is my personal and non-professional review of the Zapco ST-5X II amplifier.

Zapco states the Studio Series were designed to deliver legendary Zapco sound quality while keeping the price low enough to fit in any budget and have incorporated the same caps, op-amps and outputs used in the C2K and Reference series.

I purchased this amp last November to drive a simple system with front stage and a sub running on the factory HU. This amp has high-level inputs and a basic crossover (50 – 250 Hz) so it is very flexible for a system like mine.

Currently I have this amp driving a pair of Morel Maximo 6s on channels 1 &amp; 2 and a single 12” Alpine Type R as a 4-ohm load to the sub channel. Channels 3 &amp; 4 aren’t being used and I’m running the Morels at the lowest crossover frequency, 50 Hz, with the sub around 70 Hz. I listen to a wide variety of music and this amp hasn’t let me down. It’s loud and clean without being harsh, never sounds strained and often I don’t realize how loud the system is as it is so clean. The amp does what it should – disappear and let the music play. Whether it’s jazz, rock, rap, dubstep or Focal test discs the amp is a pleasure to listen to. As it isn’t heavily loaded and I typically drive less than 30 minutes (often less than 15) I’ve never had issues with the amp getting hot and I wouldn’t expect it too under these conditions.

Initially, I thought I was getting 350 watts to the sub but recently found out it’s only doing 200 watts – I haven’t (won’t) clamp it but I’m confident the amp is doing at least rated power. I have been impressed with the bass output, especially given its only 200 watts, as the Alpine is in a small (0.9 cubic foot) sealed enclosure however this is the older (gray) Type R where 200 – 500 watts was the recommended range.

Amp is class A/B (all channels, per Zapco technical support)

I haven’t found a bench test for any of the newer Zapco amps and it doesn’t come with a birth sheet but am comfortable it’s producing at least rated power. While the specs don’t indicate whether the numbers are on 12V or 14, I did a simple test with a VOM. Playing bass heavy Sail by Awolnation (Omega Remix) at normal listening volume I got 36.1 volts (AC) at the sub. Of course this isn’t clamped or controlled like other tests, and I don’t know the speaker’s impedance at this voltage. If I could find the impedance curve for the driver in a sealed enclosure I could test using sine wave for a better idea, however I wouldn’t know if the amp was clipping so it still would be an estimate. 36.12 / 4 = 325 watts, even figuring that 32v is cleaner that would still be 256 watts so I’m confident it’s doing rated power. I didn’t test the main channels but certainly could and while it would be easier to hear clipping it might be 2 – 3% before I hear it.

Sound quality – transparent, handles bass well without taxing and doesn’t struggle with wind instruments and female voices. In my experience, many amps can run out of headroom and sound terrible with this type of material at high volumes.

Build quality – Amp feels solid inside and out. Quality components and beefy RCA connectors. Power and ground easily accept 4 gauge but anything larger would be a challenge.

Speaker level inputs – Channels 1, 2, 3, and 4 have high-level inputs although the sub channel does not. The amp has the ability to monitor for signal on the high-level to initiate turn on without a dedicated remote lead.

Built in crossovers – Channels 1/2 and 3/4 can be electronically crossed, either over high-pass or low-pass from 50Hz to 250Hz.

Published specs (power? Crossover parameters?) - As I mentioned above, the actual specs on the amp are not what I initially thought and working with Zapco there was a disconnect between marketing and engineering when the amp was revised (this is the second iteration). Published specs are still varied, even on Zapco’s site, and I know that the company has been going through changes in ownership and distribution so this may be expected. Also – I assume the crossovers are 12 Db Linkwitz-Riley but I’m waiting on confirmation.

Customer Service – more from John on forums than company as I’ve sent several e-mails to Zapco that haven’t been acknowledged. Also seems that their phone number isn’t published and known numbers were disconnected when I called last year.

Limited crossover – Built-in crossover is nice but the high-end is limited to 250 Hz (no multiplier) and there’s not a band-pass option. If I wanted to go active I would need to purchase an external crossover.

No bass control – Not a deal breaker but remote volume for the sub would be nice. I’m adding an AudioControl OEM integration unit to get this functionality.

Speaker sensing turn-on – While this works &gt;90% of the time, it has some quirks: once in a great while when I put my vehicle in reverse the amp will shut down until I restart the car. Also – I sometimes need to start the car to get the amp turned on then I can kill the engine – this isn’t a big deal as I always have the engine running but it’s a quirk.

AM alternator noise – This may very well be the HU’s fault – I have no engine noise unless listening to AM radio. 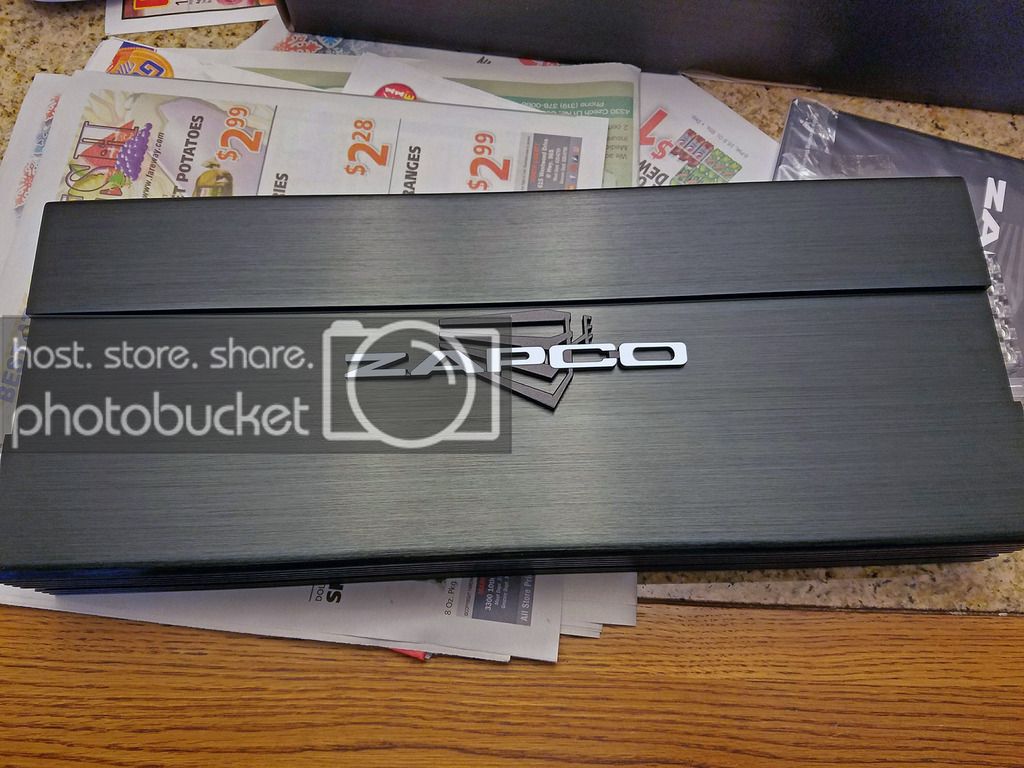 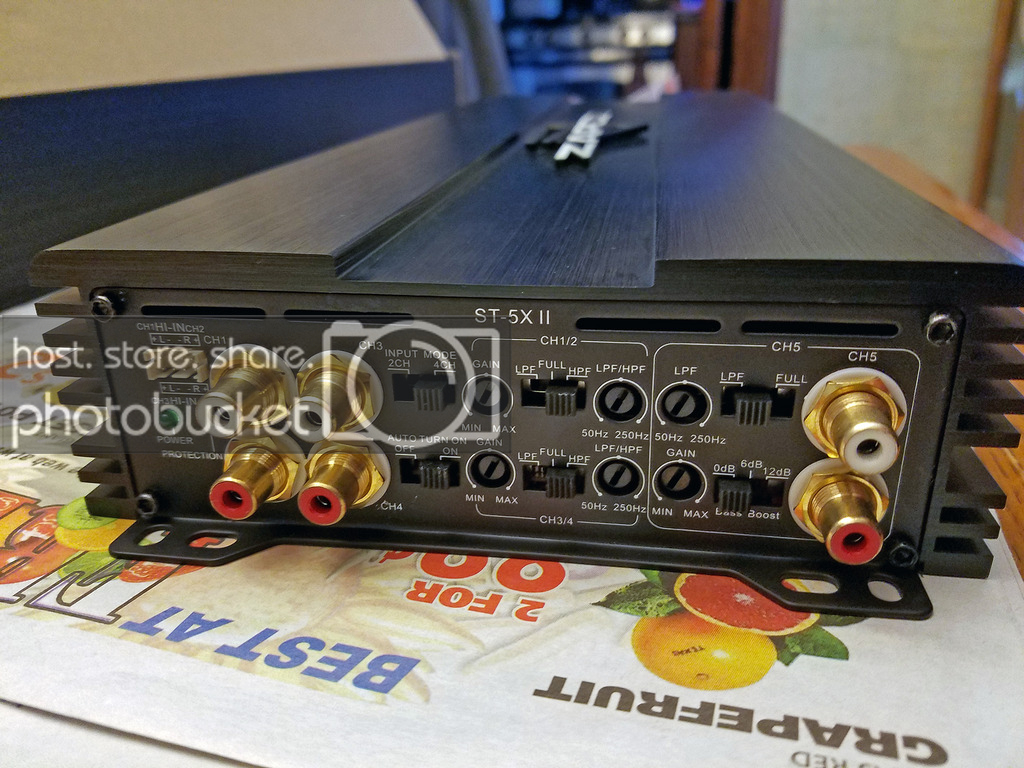 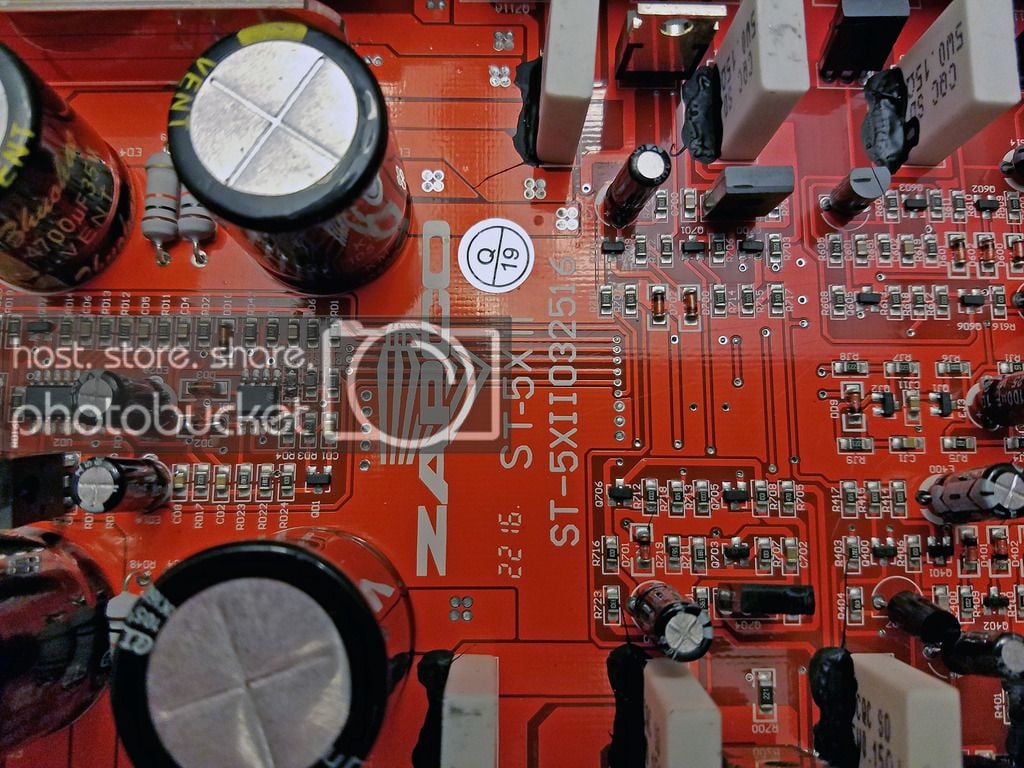 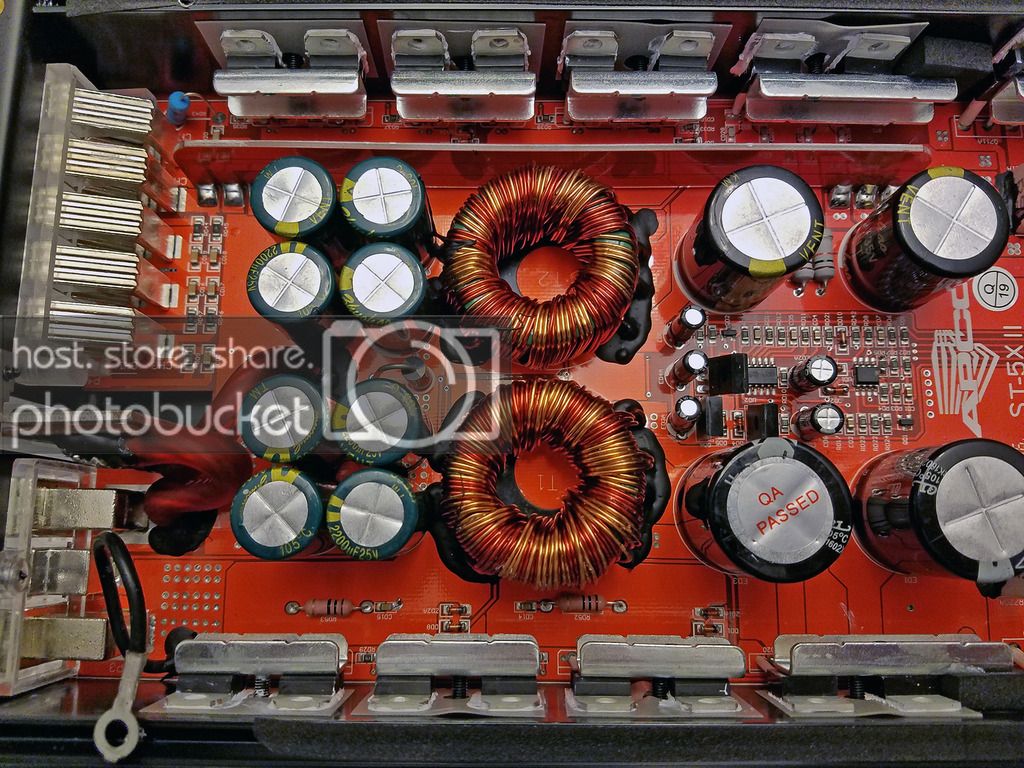 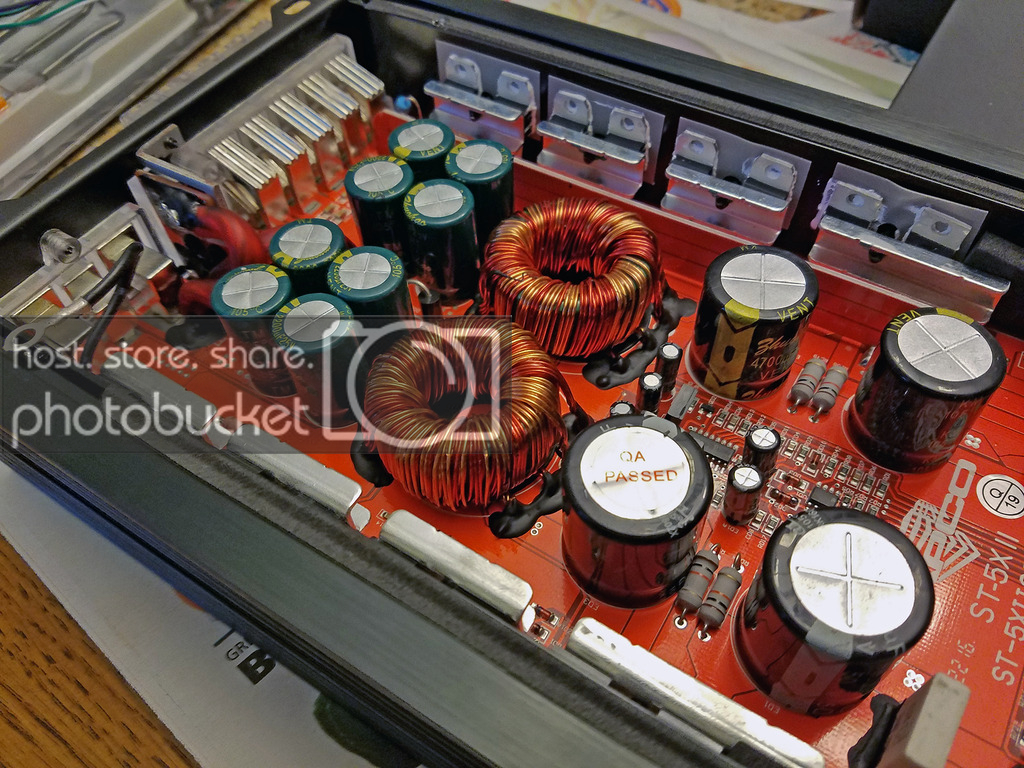 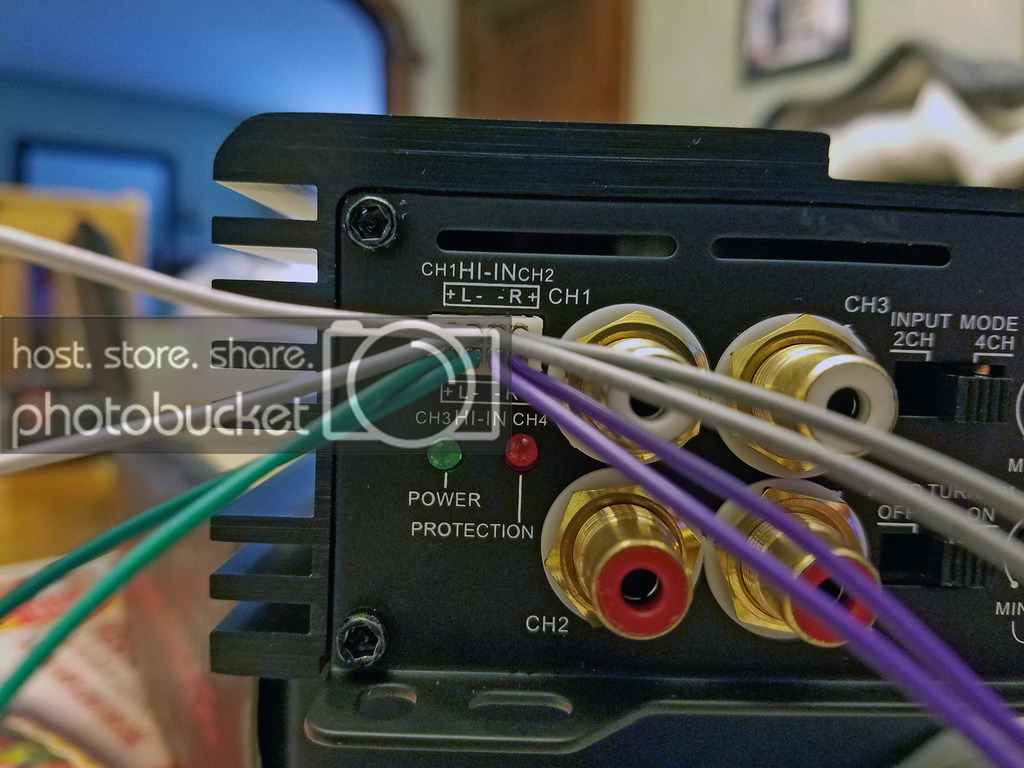 Zapco doesn't have MSRP. I see they've made changes since these photos were posted.

The pictures I have are of the most current Gen II and after discussions with Zapco they updated the pics and specs on their site, at least on the ST-5X II page, as the ST-X page still indicates this amp doesn't have high-level inputs.

Woofers Etc. listing on Amazon has current pics but Gen I specs.

This thread is short enough I'm uploading pics through Tapatalk after they were broken by Photobucket's change. 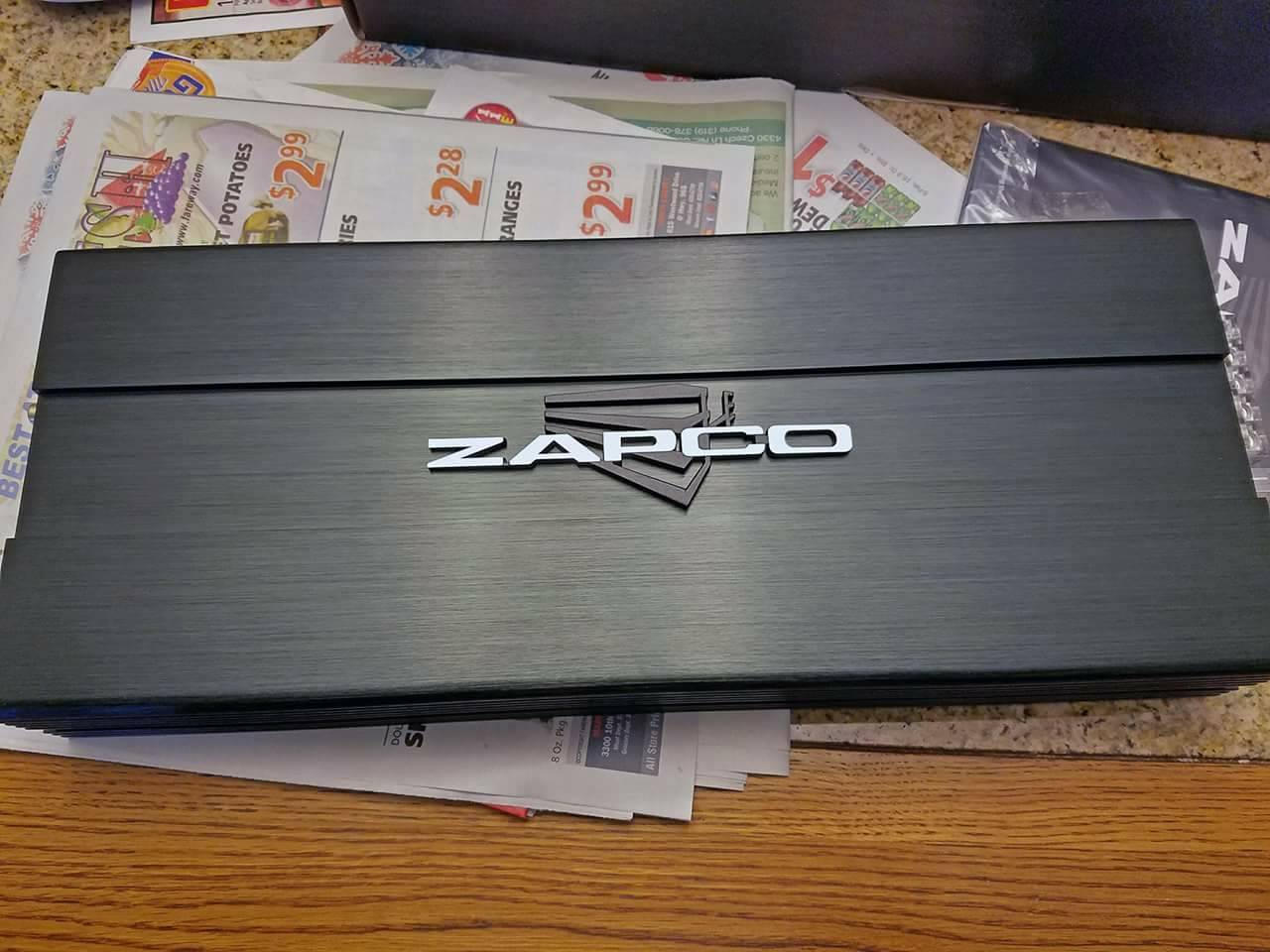 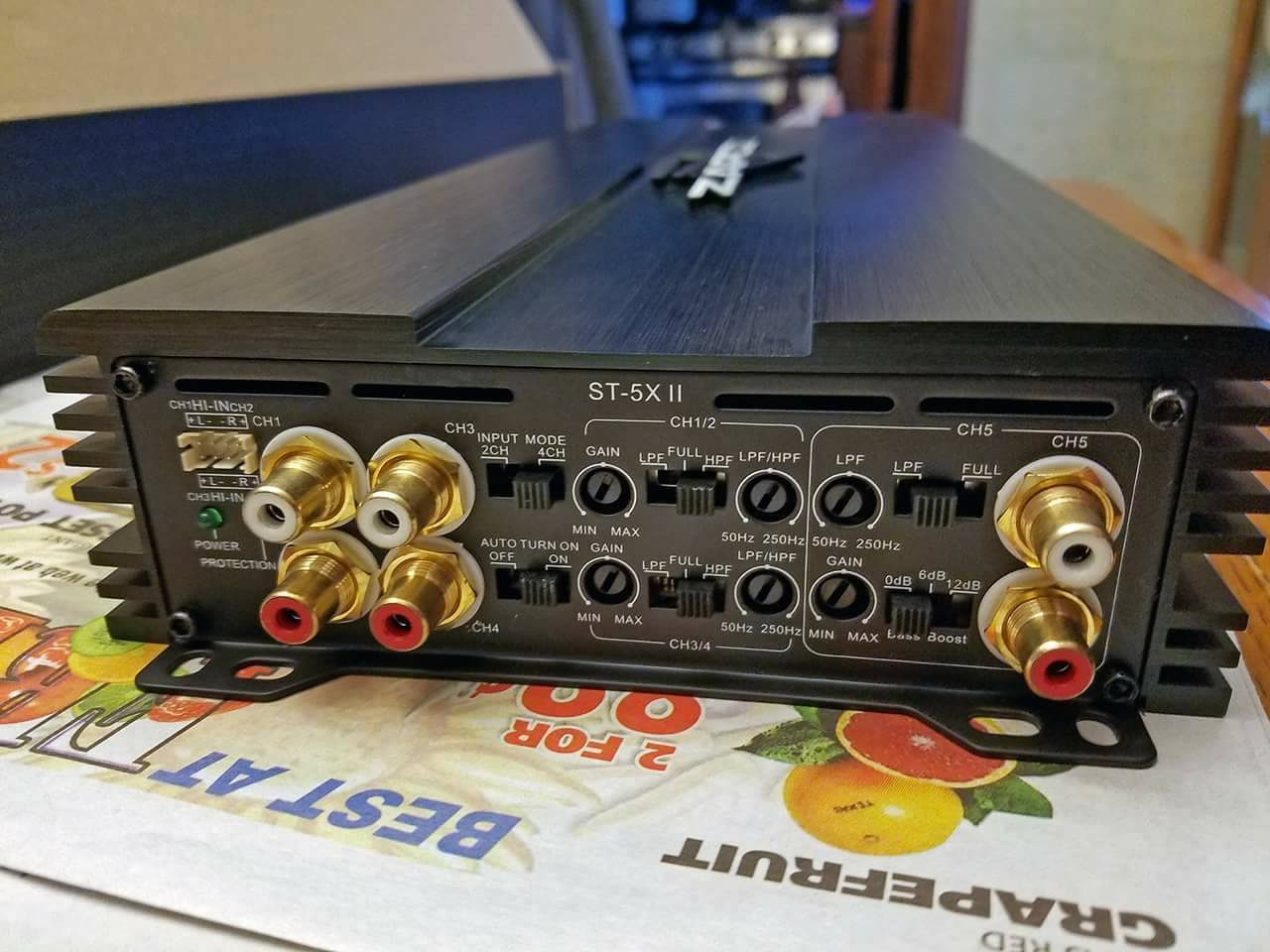 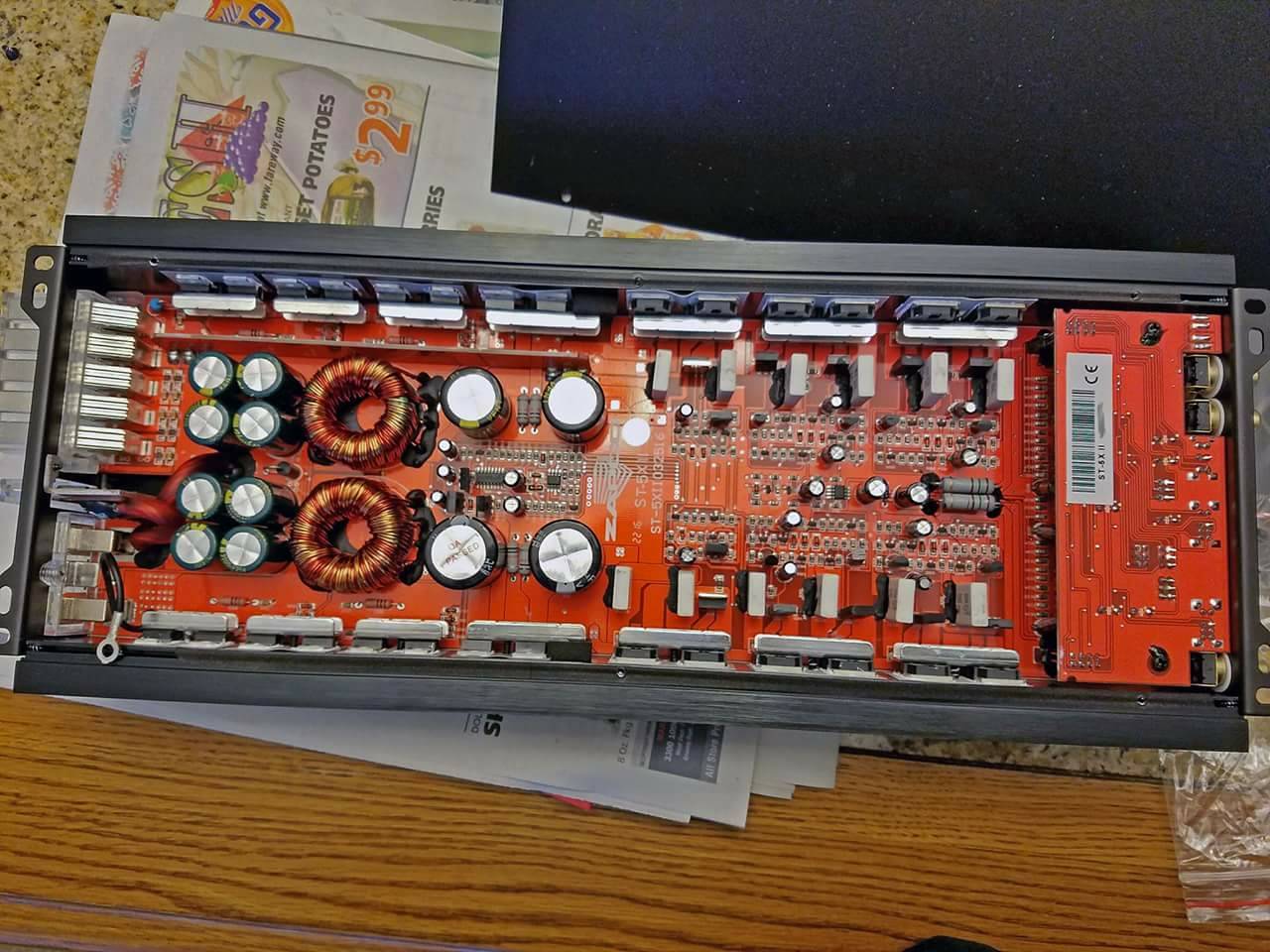 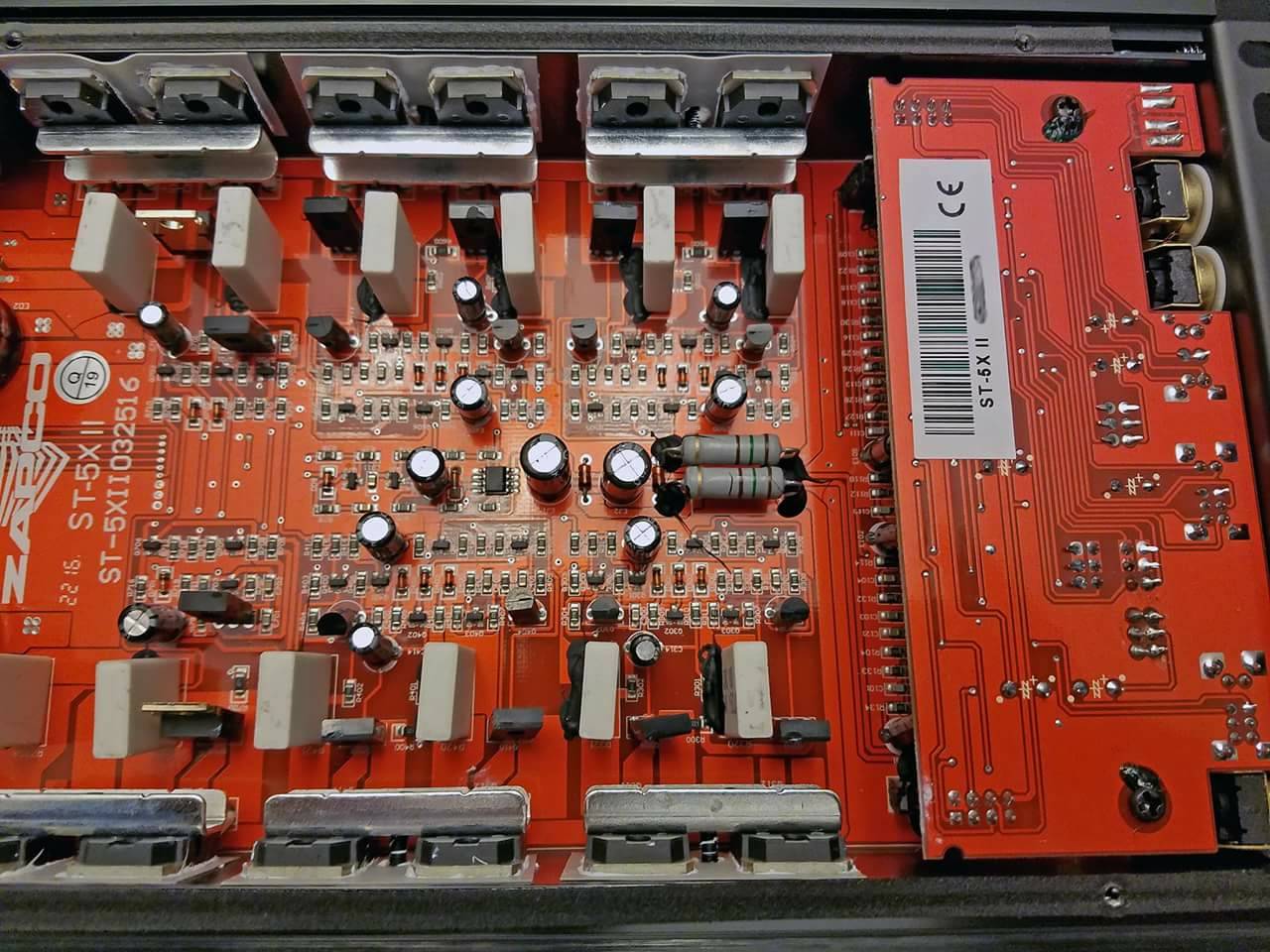 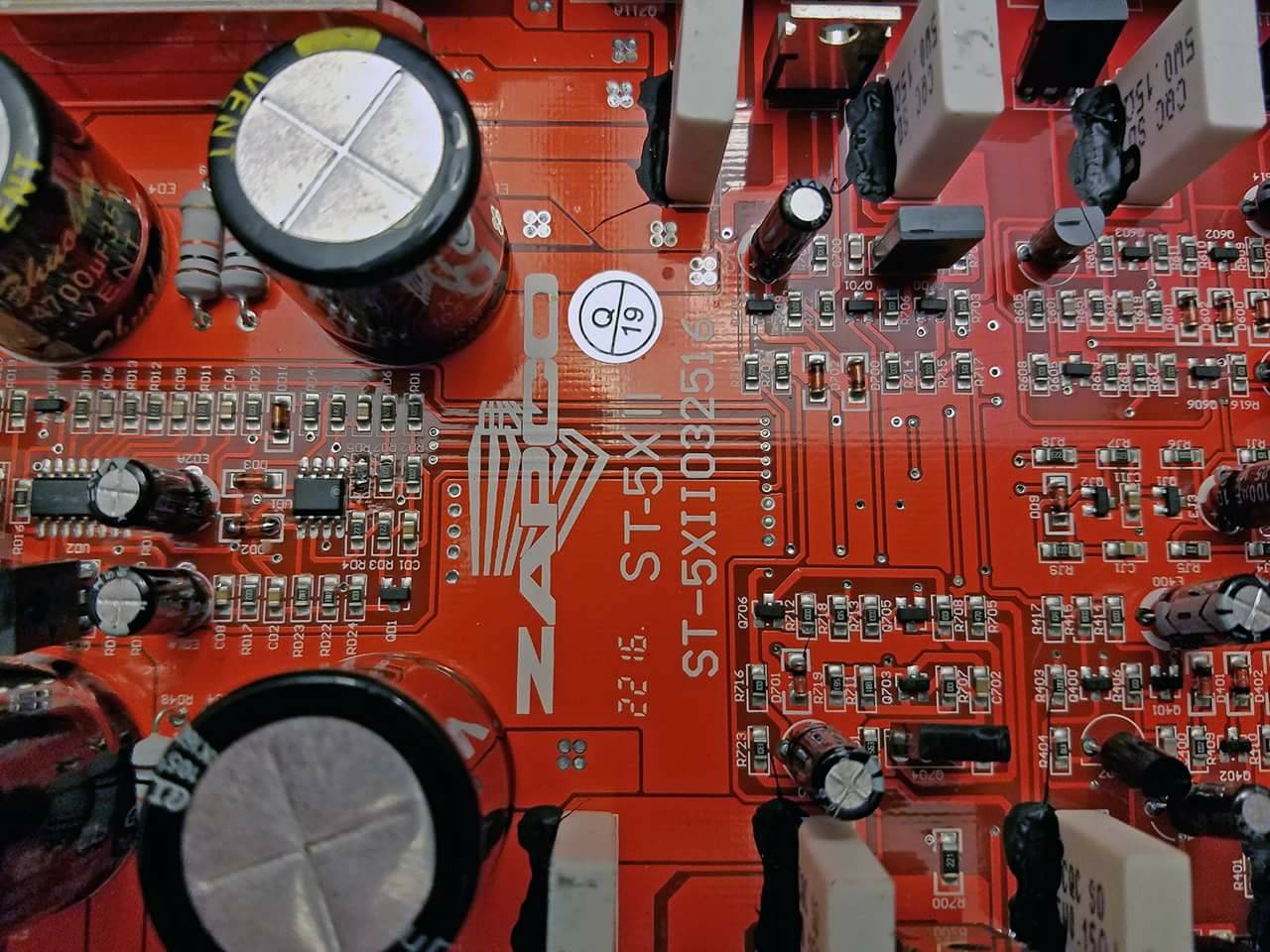 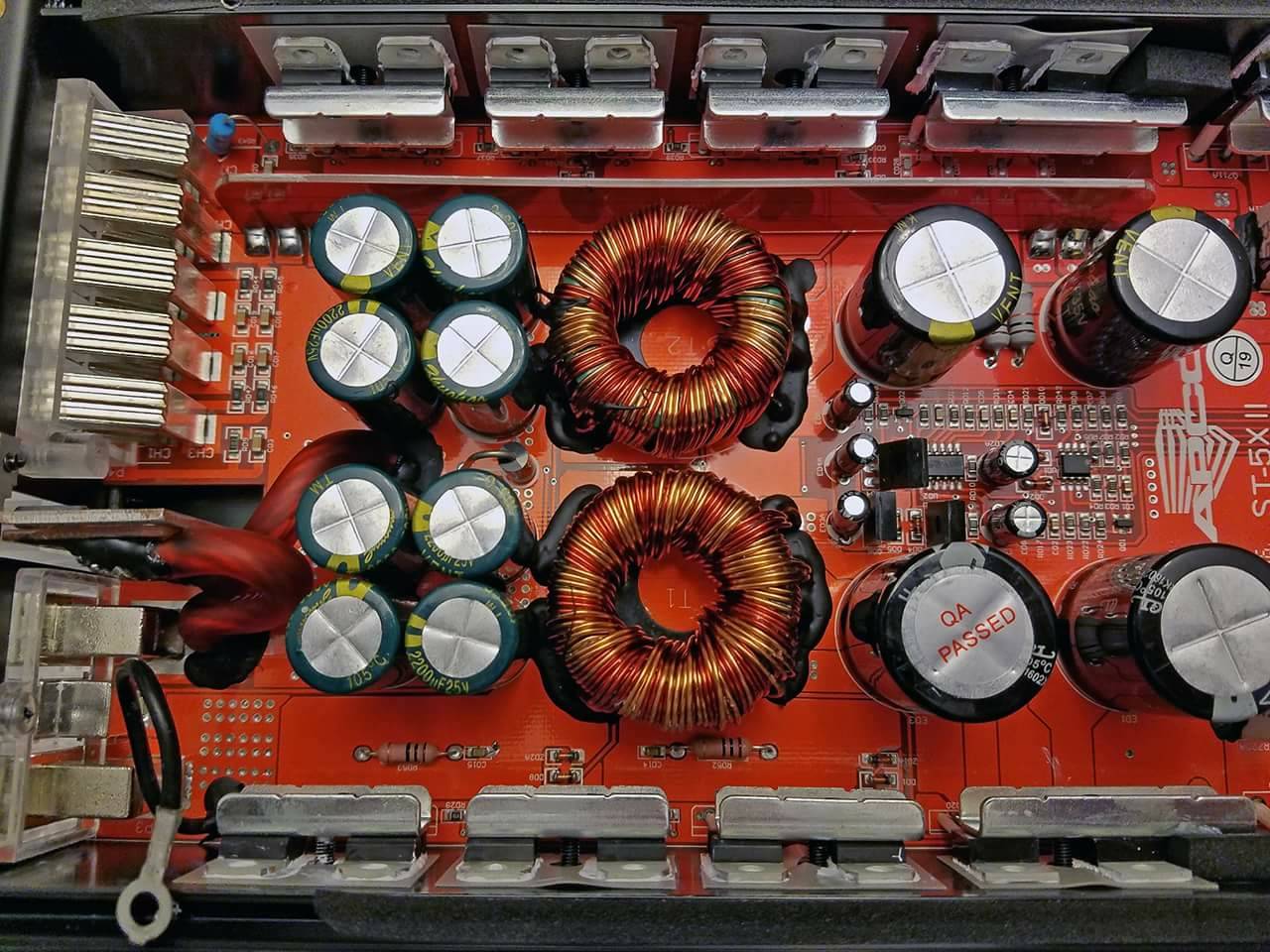 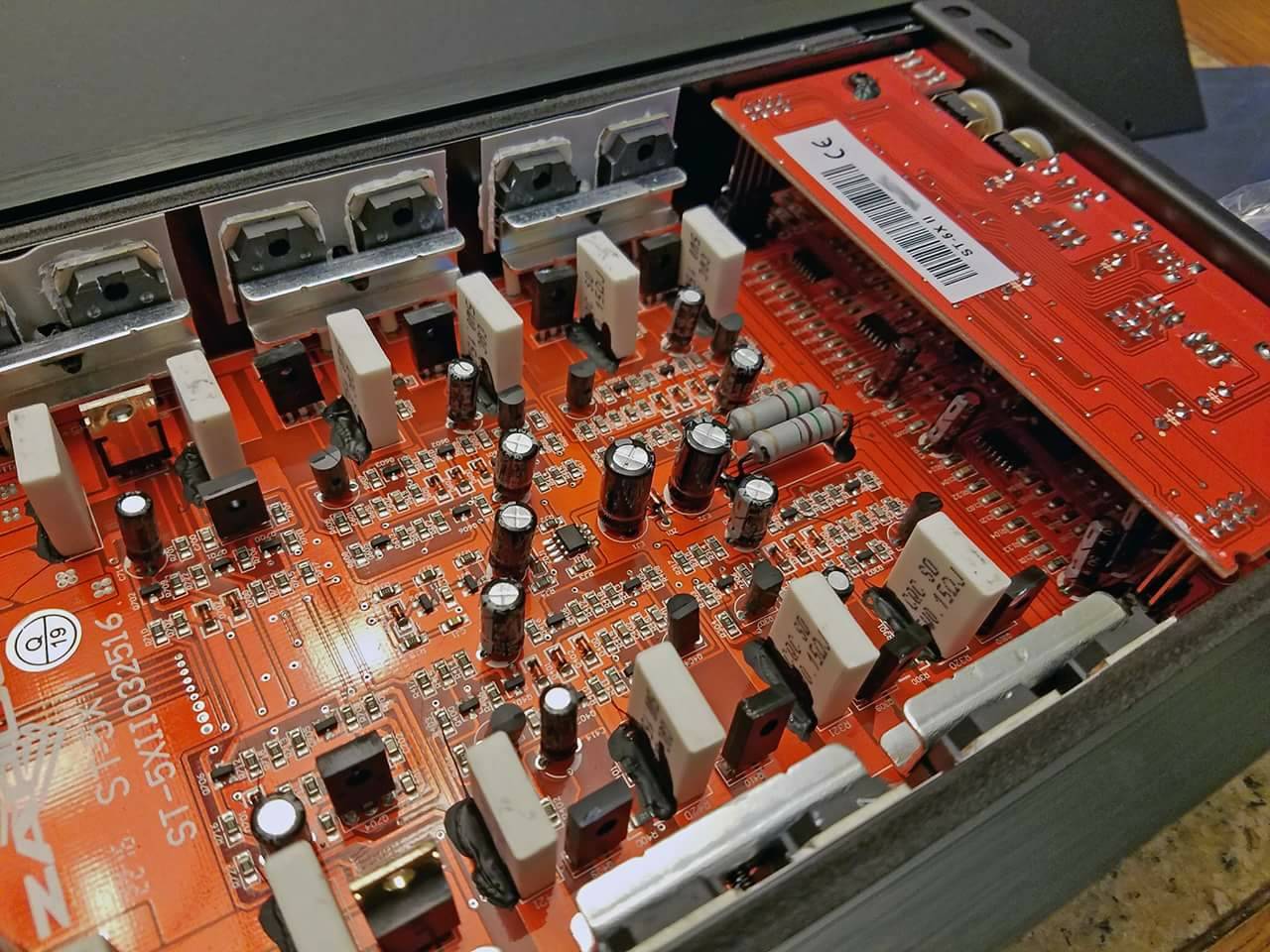 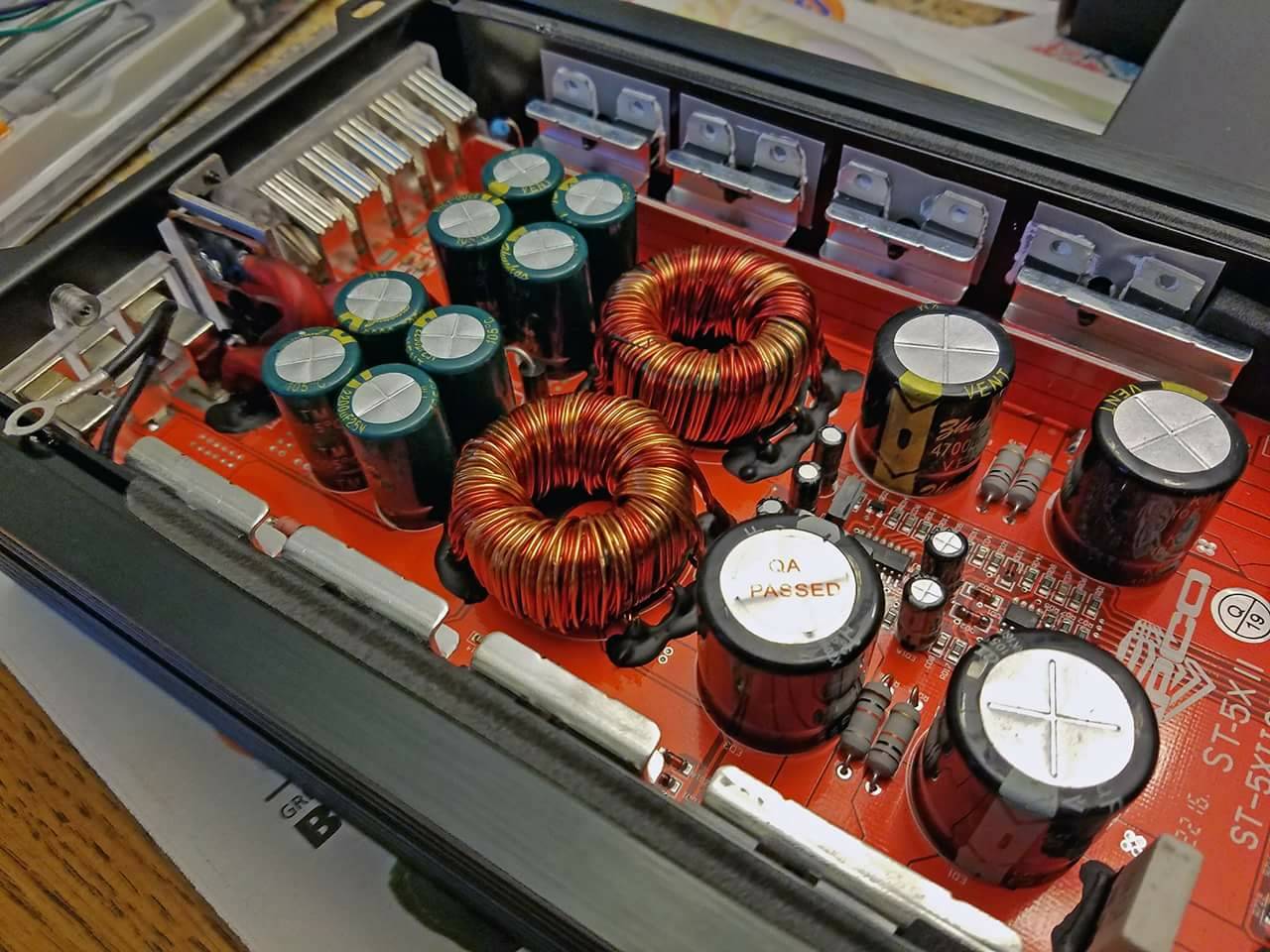 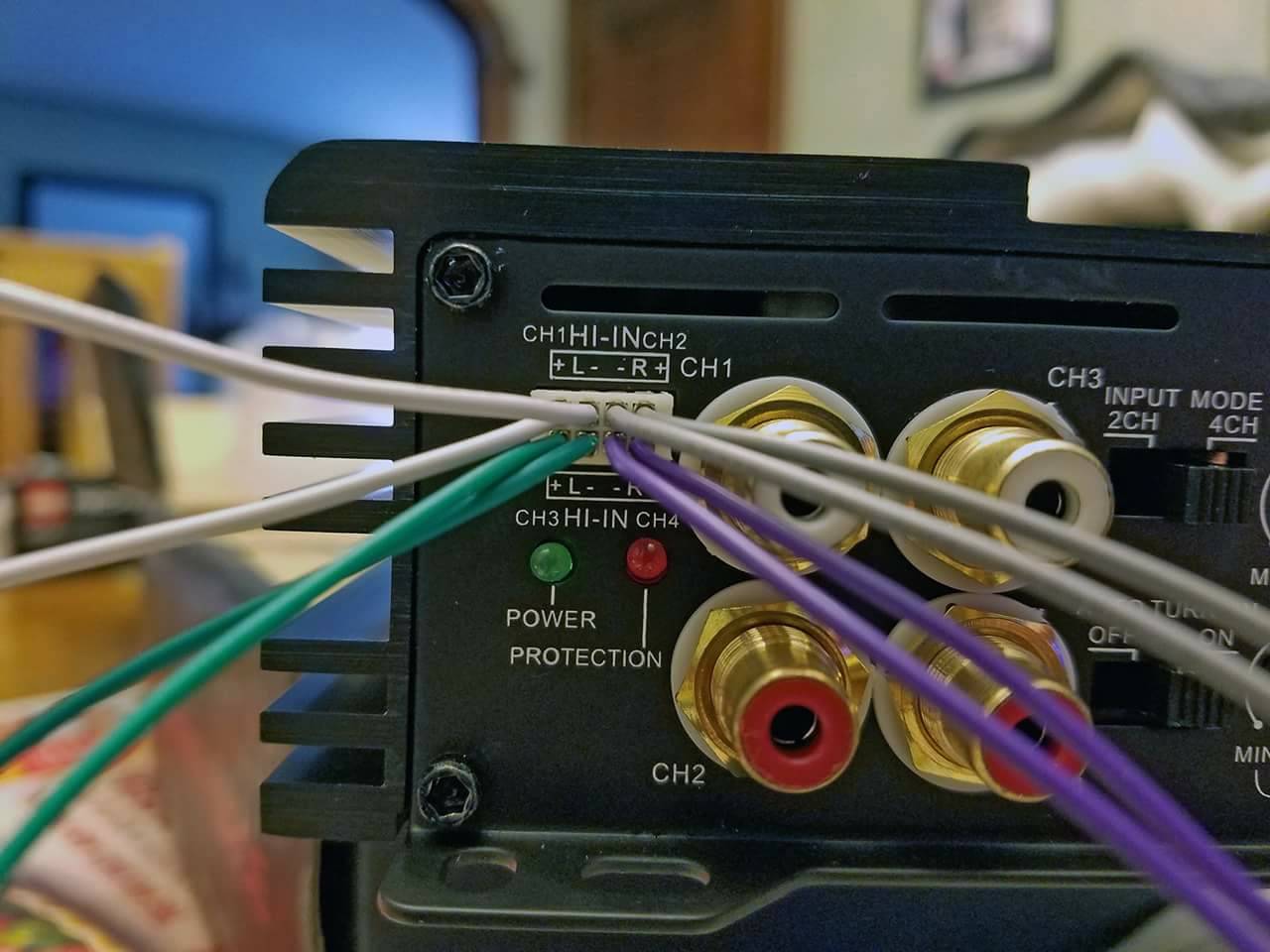 Sent from my SM-G930R4 using Tapatalk

for 300 thats a very nice amplifier..