Is there a standalone CD Player that can be controlled by Bluetooth Audio or Android Auto ?

We just bought a 2021 Honda Pilot with a factory stereo. My 15 yr old Honda Pilot had an in-dash 6 CD changer, but my new one did not come with even a CD player. And having the dealer install one is over $500, which is too much for just a single CD player. So I am looking for a standalone CD player that can be controlled by Bluetooth or Android Auto, and is a little more reasonable in price. Suggestions would be appreciated. Thanks ...
H

Investigate a stand-alone USB CD player. Your Pilot should have a USB Audio Interface. The files on your CD player should show up on your screen. when you select the USB source. Amazon, Best Buy, and Walmart have some for less than $30. Good Luck.
While I still like having a CD player, my go-to source is a USB hard drive. I also use flash drives.
Last edited: May 2, 2021
J

Thanks for the reply. Do you mean a standalone USB CD player like you would connect to a PC ? That would be great as I actually have 1 of those I don't use anyway. I had looked at some "USB CD players for cars" in the $60 range but wasn't sure they would work, as the Honda Audio System is somewhat sensitive to what devices it will or will not recognize. I did figure out yesterday that I could plug a flash drive in and it would work just fine, but it would not recognize my SSD backup disk, which of course is where all my music is stored. And I also figured out yesterday how to use My Honda Music, which allows me to download .mp3 "into" the memory of the car's Audio System and play them back. Oddly enough though the other place I could not get it to play from was my Samsung A01 phone.
So I think I have enough options that I consider this Resolved. I'll go try the CD player though and see what happens.
Thanks
Jack
Reactions: huberoy123
H

Yes, a stand-alone USB CD player that you plug into a computer. As it relates to your SSD drive not being recognized by your Honda system, try formatting the SSD drive to FAT32 to see if that works. ( Save all the files on the drive prior to formatting, so you won't lose them.) My windows 10 operating system wouldn't let me format to FAT 32, so I had to download a program called

FAT32format GUI
Once I did that, my system reads all my MP3 music files. Good luck, and let us know if any of this worked.
. 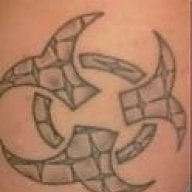 Huberoy123
I have tried 2 different CD/DVD USB standalone players and my car audio won't work with either. The system recognizes there is a USB device but not how to access the content on it. As for the SSD, I really didn't want to reformat, as there is about 2TB of photos and music on it.

However, I found that I could plug a USB flash drive into the car and play directly from it. So I bought a 128GB USB flash drive for $20 and used Windows Media Player to Rip all my CDs onto it. Then I just plugged the USB into the system and everything worked fine. It showed all the albums, and I could browse or select by title or artist. Problem solved. (Although not sure how legal all that is).

Then I found a feature on my car (this is a new car) called My Honda Music that allowed me to upload all that music into my car's system memory and play it from there. So now I don't even need the flash drive, except to transfer content. Not sure how much storage there is onboard, but I uploaded 47 albums and used 63% of the memory. That took about 8GB on the flash drive, so I'm guessing there are about 12GB in the car. Oh, and it will upload pictures and documents as well, although I have no idea why you would do that. I wonder if that means I could play a video off my flash drive ?.

SO I am happy. This solution is actually better that a CD player.

SilverSquared
Thanks for the reply. That was kind of what I was looking for. That one would probably pair with my Radio Bluetooth app, which should allow me to use the cars speakers, but I couldn't control the playback. I am kind of surprised that no one makes a player that can connect to the car via Bluetooth so you can play AND control everything from the car's info screen. But as noted, I have a solution and it only cost me $20, so I'm happy.

Thanks All,
Jack
Reactions: huberoy123