I came in and spoke to Paul, I think he is probably the owner. I was trying to work out a deal on a touchscreen gps unit. He matched the price of a unit from crutchfield, props for that but...

He didn't have a unit in stock so he ordered it, it took a WEEk to get it, called them few times about it. When we were talking about the unit I wanted to be specific where to install accessories, mic and such, he said not to worry, they will install it however I wanted and assured me of it. So fine, week later he gets the unit, I bring the car in, and to make sure they install it how I wanted it I bring one of his installers to the car and point to within half inch where to install the usb plug, and was very specific since I saw it will involve drilling. I also asked him to ground the parking brake wire, and he already stars lying, "Oh it needs a module bla bla" so i tell him just ground it. An hour later I get a call from Paul "Hey buddy it will be $35 to install the "Video-In-Motion bla bla...." trying to get more money for a 5 second wire grounding thing, where I asked him before I even paid if there is a single extra thing I will have to pay which he said of course not. I was pissed, I told him to stop the install I'd come get the car, so he goes, oh no we don't do refunds and more bla bla, so I had him not "Install video-in-motion" lying crap. So I come to get the car, let me tell you I was about to scream! The idiots drilled thru the biggest piece of my dashboard and installed the USB cable there!!!! After I swallowed the fact my dash has been drilled thru, I go to get in the car, I can't even get in my car from all the cords hanging by my pedals, no joke people, wires EVERYWHERE!!!

So they take another 15 mins to tuck it up (not to forget, it's been few weeks I had the car taken to another shop to repair the bottom footwell, they broke the tray that holds the bottom of the footwell where they ran the wires and the unit keeps burning out the fuses, they DID NOT EVEN GROUND IT!!), I went in to try it, half the stuff on unit doesn't work! Mic doesn't work, he pulls it out, re-plugs stuff around and gets it working, they installed the gps antenna in headliner, when you drive thru Arizona canyons forget about GPS, signal is ALWAYS weak!

Thats that, in SHORT. So if you want your car ruined, drilled thru, unit installed as wrong as it can be this is where you would go. Oh, he did offer to replace the dash part which they drilled, can't even find it, its out of production, and from what I've seen how they install stuff Im scared to take it there, they gonna end up blowing up my air bag! 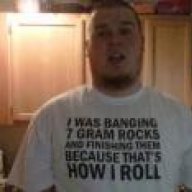 dbeez said:
Judge me not by what i've done but the amount of haters on my balls.
Click to expand...

CRXBMPN said:
you have the best user ID on teh site playa
Click to expand...

I agree with spleecho. 702 Motoring is a horrible place. I once took my truck in for a head unit (pioneer f900bt) repair. Paul told me that the repair was going to cost me $70.00 + a 5 hr time to fix/update the system. 5 hrs &amp; $70.00 later, nothing was fixed, both my front speakers stopped working!!! I wanted to redo Paul's ridiculous look (gay *** pony tail), and run over his fat *** employee that attempted to fix it. The employee was so fat that he could barely crawl under my 6" lifted truck!!!! 702 MOTORING IS THE WORSE!!!!