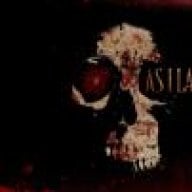 ok cool,so you had some DCs ,did you like the DCs? did they hit the lows/ I never heard any DC Levels in person,just curious.
Click to expand...

They sound peakier than the HDC3s but they still hit lows, sure they can easily hit lows with a lower tuned box. 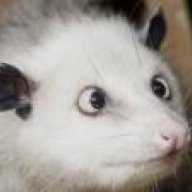 Lock up your daughters!

I got my first pair of hdc3 18s in a trade. They work out okay but I knew their limitations when i did a direct swap to dc level 5 18s when i was running two and the DCs were way louder even at 2 ohms vs hdc3s at 1 ohm on a banda 7k. When I sold my dc level 5 18s, there was a pair of hdc3 motors for dirt cheap and the DC level 5 18s would cover the cost of recone, motor and enclosure while still having left over money for other stuff, basically trading motor force for cone area. Its a super budget build, i did not buy them new, its just what i had to work with. It is what it is man not trying to spend oodles of money running the brands i like.
I'd take SSA, incriminator and ascendant audio over soundqubed anyday. Only sundown Team series and Nightshades are the woofers i like from sundown.
Click to expand...

My Silverado is under construction AGAIN http://www.caraudio.com/forums/car-audio-build-logs-cars-trucks-suvs/621466-alexs-silverado.html


massivespl said:
Love is when she licks your butthole and try's to kiss you and u smack her but she doesn't get mad because she know that nasty and she in the wrong
Click to expand...

ilikeradios said:
I would rather beat you to death with a garden rake then talk politics with you due to your overwhelming ignorance.
Click to expand...

Joseph7195 said:
A three legged hooker walks into a bar. Yadda Yadda Yadda, I ended up sucking a dick.
Click to expand...

gckless said:
When that hooker turns out to have a cock. That's bigger than yours.
Click to expand...

Just looked at your wall.. bracing! That thing is sick..
Click to expand...

Thanks man. One of my 4 2600s popped so I'm waiting on it to come back from repair. Was planning on finishing my roof and box while I was down but I've just been really busy.

To the title of the thread, sundown all the way. 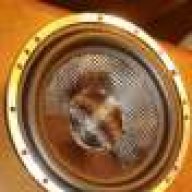 Thanks man. One of my 4 2600s popped so I'm waiting on it to come back from repair. Was planning on finishing my roof and box while I was down but I've just been really busy.
Click to expand...

Once you finish it say bye to your car.. lol

i told wife guy on here pm'ed me wanting to buy my amp she said tell him it not fs (cause she knows i'll spend more $ on new one) and told her i wanted d2 sub for bday next week she said tell ya'll i'm to old to go down to 1ohm lol..