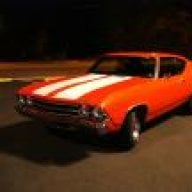 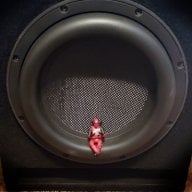 ThxOne said:
Every water cooling solution will eventually heat soak and loose effective cooling when ask to cool a heavy task over a long period of time. I killed an AIO that way. I keep my PC right next to an A/C register. It ***** the cold air in through mesh filters through 140mm Cougar brand fans keeping positive pressure in a very large case. If I downsize my case I will go back to liquid cooling.
Click to expand...

Idk, I don't get it hot enough. Dude, I have 10 140 mm case fans and 3 fans on my gpu and 1 pch fan. My computer is the opposite of a heat soaker. I have pcie 4.0 m2 ssd's so the only thing in my case is my cd/dvd in the front slot and my gpu and power supply. My fans like blow your hair when you open the side of the case up. I have water cooling on my CPU and it works very very well. The AIO runs very low RPM's until my CPU hits 45C or so then it'll hit 100% RPM but 70C IIRC. It does the opposite of heat soak, in my case. I have 4 140mm fans on my 280 AIO radiator in a push pull. Front nocturna fans spinng at about 1200 rpm, rear fans that came with the radiator spin about 900 rpm or so. At full idle, my AIO pump will spin like 800 rpm out of 2800, and the push pull will bring the CPU temps down to below 30C while it's like 75 or so in my room. The most important part of liquid cooling is actually keeping the liquid cold. You don't need much AIO pump speed if the liquid is kept cool all the time at the same right.

My CPU temps will max out at about 70C where before it would max out at 80C before I did my custom AIO curve and did the push pull. The push pull setup dropped my resting CPU temps down at least 2 degrees C, and keeps my high end temps down by quite a bit too, running anywhere from 4.5-4.65 ghz only get up to about 70 C.

I could easily fit another 280 mm or maybe a 360 mm radiator up top for the GPU. 280's are wider than 360's and take up less space. But I could easily fit another radiator on the top of my case because the CPU one is custom drilled and mounted on the front. I could easily do another water pump with another big radiator and I have enough fan pins to do a GPU rad with another push/pull setup. The only heat going out of my case through the top is the GPU heat, so if the GPU is water cooled, there will be basically no heat in the case, which means mounting it up top will cool just as well as anywhere. I'd get a new GPU before I upgraded anything on this one, unless I can upgrade both the memory and GPU processor itself. My 3800xt CPU is awesome, my GPU for sure is the biggest bottleneck I have. Overclocking GPU's is a whole other world of pain LOL
My Website (in progress):
https://buckboxdesigns.com/
I design custom subwoofer enclosure boxes, hit me up if you need a design.
[email protected]
[email protected]
Youtube-->Buck Box Designs​

Like I say, that's why I have 10 140mm case fans. None of my fans ever rev up, they all run the same speed because they cool so much. No need for high revving fans every time you open up a program. Water cooling allows the fans to be ran at the same RPM all the time, and the water pumps are quite, so you can make them very reactive.
My Website (in progress):
https://buckboxdesigns.com/
I design custom subwoofer enclosure boxes, hit me up if you need a design.
[email protected]
[email protected]
Youtube-->Buck Box Designs​

Buck said:
Like I say, that's why I have 10 140mm case fans. None of my fans ever rev up, they all run the same speed because they cool so much. No need for high revving fans every time you open up a program. Water cooling allows the fans to be ran at the same RPM all the time, and the water pumps are quite, so you can make them very reactive.
Click to expand...

ThxOne said:
I keep forgetting you said you are overclocking. That makes so much more heat. I run stock speeds now, haven't overclocked for a good long while.
Click to expand...

Overclocking my GPU with games is weird, because some games have an artificial FPS limiter and some settings that mess with GPU's, I'm guessing. My game won't let my GPU ran hard, for example.
My Website (in progress):
https://buckboxdesigns.com/
I design custom subwoofer enclosure boxes, hit me up if you need a design.
[email protected]
[email protected]
Youtube-->Buck Box Designs​
C

For overclocking my GPU Evga has a program that does it within one click. I got sick and tired of constantly trying to manually overclock for each game because of those limitations. Problem is that program only works on Evga Nvidia cards.

For my CPU I just do the motherboard one click overclocking when I need to. I go up from 3.5 to 4.1 or 4.2 idk icr. I know the new setup should go from 3.9 up to 4.8 or something. Speeds are so fast today with the CPU, GPU and with memory over 5000 now if you can find it at a decent price that is that overclocking really isn't needed as much unless you are doing really intensive graphic design like say for a game.

Now when I was working with that gaming design company that around 35 of us formed back in 2007 to do a game, I had to overclock my PC which was brand new to the full extent on what it could handle with the stuff I was doing. Man I wish I still had those files to show you guys the stuff I created. Idk what happened to any of it, after the one part owner took all our FTP files away and closed up shop on us without telling us as we were about 8 weeks away from a working demo. Many of us lost our files and since then we have all drifted apart. I had mine backed up but a year or two after that the hard drive went boom and I haven't been able to recover any files from it.
Last edited: Jun 11, 2021
Reactions: Buck

Pop me thinks we are going to have to get people on my Discord when this comes out and have an all out brawl one night,lol.
Reactions: Popwarhomie

Only if booby comes and I can teabag him every kill. 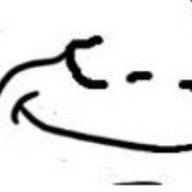 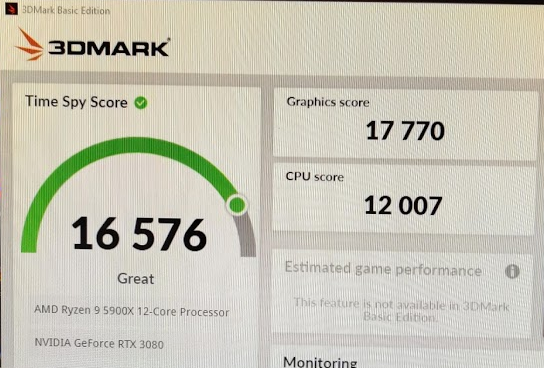 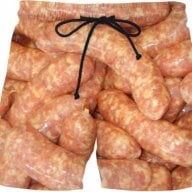 Thought about getting a PS5 for like a day and then passed... Last game I played is on the PS3 I own from what like 2008 ?

I wish I hadn't sold my NES system over 500+ games, 5 regular systems and 2 top loaders. But bills had to be paid at that time. I am going to pick up another one but just buy one of those 800+ games cartridges that they sell. I have one for my Sega Genesis and works fine and was only like 28 bucks. Still trying to find an old school console tv for the basement to hook all my old school gaming stuff up to like the atari's, snes, sega and so on.
Reactions: Slo_Ride

Users Who Are Viewing This Thread (Users: 0, Guests: 8)