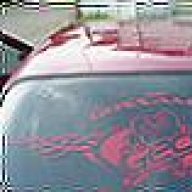 They also sell several brands of mobile security systems and a huge range of wiring and accessories. They also do professional-grade home theater with installation and it's a fella that I've known since we were 5 yrs old that does those installs.

The manager, a fella named Tony, is an absolutely great guy to deal with. He's not one of those kinda salemen that will try to get you to buy a ton of gear that you don't really need. When I first got introduced to Diamond Audio as a result of being in his establishment he wanted to sell me a DAT M6mkII 12" and I was a bit dubious about buying one at retail price. He explained to me about DAT's warranty and then let me have an M6 over the weekend to 'audition' in my car (where as we all know it won't sound the same as it did in the place that sold it to you) to make up my mind before dedicating myself to the purchase.

The installers are personable and professional and make it a point to make their appointments on time barring any extraordinary occurrences in any one install.

The prices aren't out of line with what you'd expect to pay retail and their installation fees (if you choose to have them do it rather than do it yourself) are more than reasonable.

Cool, I live in Bossier City and am looking for a place to install an alarm for me . I really dont want to buy from CC or BB.

They're at the corner of Hwy 80 and Benton Rd, gentlejax.

If you're traveling north up Benton when you cross E. Texas you'll see a relatively new shopping strip to your left - The Audio Edge is immediately behind that strip - access the driveway off of Benton Rd.

thanks, I knew they were there. just never been in. 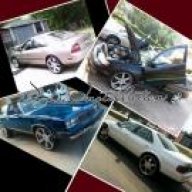 I might have to go and check them out. I stay in Ruston... Eventhough we have 3 Audio Shops ( Audio Conceptz aka SynQuest Soundz, Music Mart, Inc. , and newly built Audio Empire ). They have limited items:

So like I said " LIMITED "... I need elsewhere to look around and shop.

Just wanted to update this a bit because its been years. (All the employees are still awesome.)

northstar 34 and 480 with gp terminals for both

i'm going to check them out , i live in Shreveport but i've been mostly buying from Cruthfield or other online sources for several years now but i'm going to go see what they got.